Ever since Kapil announced his new show, a lot has been speculated about the characters his team will play in ‘The Kapil Sharma Show’. 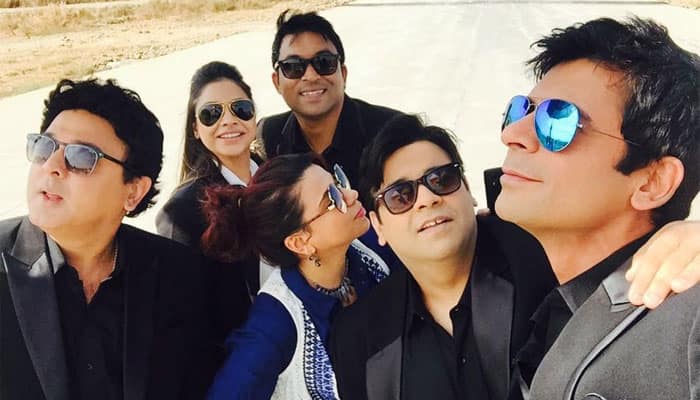 Mumbai: We are just about a week away from seeing star comedian Kapil Sharma making his TV comeback after a hiatus of three months. His new show ‘The Kapil Sharma Show’ will go on air on April 23. And this is no surprise that superstar Shah Rukh Khan will be the first guest.

Ever since Kapil announced his new show, a lot has been speculated about the characters his team will play in ‘The Kapil Sharma Show’. We know for sure that ‘Comedy Nights With Kapil’ characters – Gutthi, Palak, Raju, Dadi, Manju and Bittu Sharma – are a thing of the past but we certainly have something better in store.

According to a report in Bollywoodlife.com, team Kapil Sharma – Kiku Sharda, Sunil Grover, Ali Asgar, Chandan Prabhakar and Sumona Chakravarti – besides Kapil himself will essay the residents of ‘Shantivan ‘Non’ Cooperative Housing Society’.

Irony will certainly die a thousand deaths! After all, team Kapil can never be “cooperative” on screen! And Shanti??? Well, this is something that you can least expect when incredible bizarre characters team up!

Sumona will play a cleric at Dr Gulati’s hospital

Are you looking forward to meet these characters?

Barack Obama gets to see new Game Of Thrones before everyone