'Bangistan' is not anti-religion: Ritesh Sidhwani

With Pakistan, UAE, Kuwait and Bahrain imposing a ban on the release of "Bangistan", producer Ritesh Sidhwani today said that his film is not anti-religion and rather promotes peace and brotherhood. 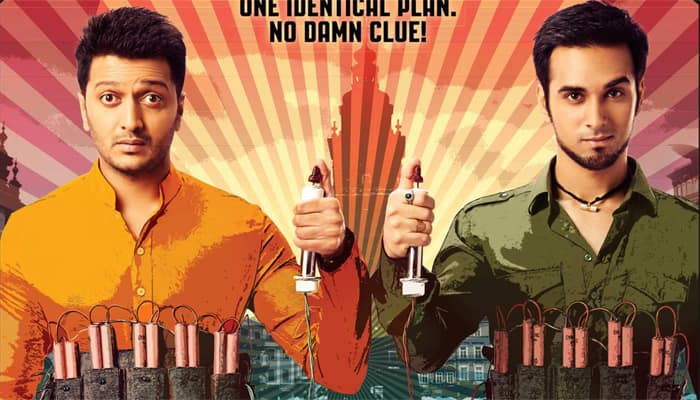 New Delhi: With Pakistan, UAE, Kuwait and Bahrain imposing a ban on the release of "Bangistan", producer Ritesh Sidhwani today said that his film is not anti-religion and rather promotes peace and brotherhood.

"Bangistan", starring Riteish Deshmukh and Pulkit Samrat in lead roles, follows the story of a Hindu and a Muslim, who begin as suicide bombers, but later realise the value of secularism.

But the concept of the film, which has been co-produced by Farhan Akhtar, has not gone down well with the censor board of these countries.

"I just got to know that Kuwait and Bahrain have also banned it. Only Oman has cleared the movie. It is a film which does not promote terrorism. It is not anti-religion, it is anti-terrorism. Those, who spread terror, should get offended by the film. It is not anti-government," Ritesh told PTI.

"It just talks about a fictitious country called Bangistan. On what basis are they banning it, I am clueless. I am completely shocked. They should at least tell me what about the film has hurt them. They are keeping mum."

The producer said his distribution team is in constant touch with censor authorities of these nations. Singapore is also likely to ban the movie.

"My distribution team is in constant touch with authorities in these countries. They say that the movie would be sent to the revising committees. But I don't see the point of it. The film is releasing tomorrow," he said.

Ritesh thinks people are missing out on the larger message of the film, which is love and harmony.

"We are speaking about religion in the film but it will not make you question your faith. We have to show conflict to send across a message.

"There are two people who start as suicide bombers and how their life changes in the process and they realise it is futile to give up your life for anything. I am promoting this message, so I don't know why they are calling it anti-religion," the producer said. When asked how much will the overseas business get affected by the ban, Ritesh said, "Money is not the driving force for me. This is a story I am passionate about and want it to reach to many people."

'Steve Jobs' to bring curtains down at London film festival