'Calendar Girls' does not show Pakistan in bad light: Actresses

Avanu Modi and Ruhi Singh, the leading actresses of Madhur Bhandarkar's "Calendar Girls", say the film has not shown Pakistan and its citizens in bad light and they should watch the movie in totality before being judgemental about it. 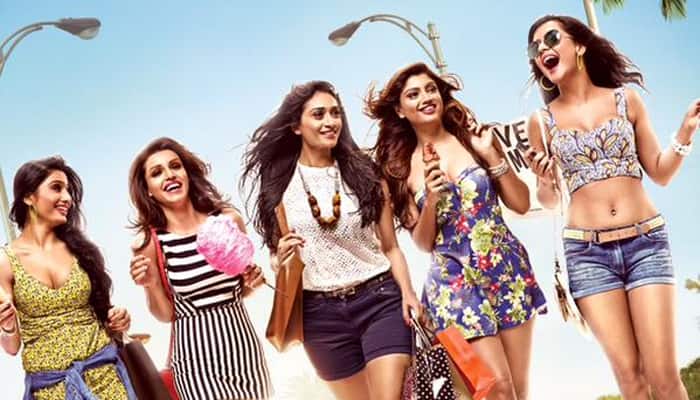 Bengaluru: Avanu Modi and Ruhi Singh, the leading actresses of Madhur Bhandarkar's "Calendar Girls", say the film has not shown Pakistan and its citizens in bad light and they should watch the movie in totality before being judgemental about it.

The country has reportedly banned the movie over a controversial dialogue delivered by Avani, who plays a model hailing from Lahore.

"We have not shown a Pakistani girl in a bad light... We request the government and Pakistanis to watch the film in totality and then pass their judgement," Avani and Ruhi told PTI.

The film's trailer shows Avani saying in the promo, "Pakistani girls also do bold things like others and sometimes more than others." The trailer shows people protesting against the working of a Pakistani model in India.

"In fact, Pakistan and its people should watch the film because the character narrates the story of Pakistani artistes who suffers emotional pain in India due to political rivalry both countries are entangled in," Avani said.

Asked whether the controversy will help the film to do well at the box office, Ruhi said, "I hope it does help the film.

"Controversies are part and parcel of Bhandarkar's films as he is a realistic film-maker", she said.

"I do not know how to read and write Urdu, but I can understand and can talk. I have learnt Urdu, which helped me play the Pakistani character without much difficulty."

On how she got into the skin of the character of a calendar girl, Avani said she picked up the style and behaviour of these girls by attending a workshop.

Ruhi plays the a Rohtak girl, who is highly ambitious and a go-getter.

"Mayuri Chauhan (her character) is an extension of Ruhi - that's me because I react the same way as she does in a lot of situations."

Jared Leto, Chris Evans in talks for 'The Girl on the Train'