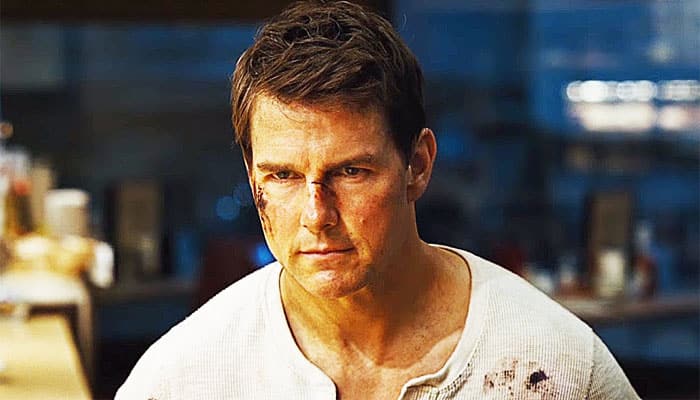 An action thriller, the plot revolves around the eponymous character, Jack Reacher (Tom Cruise), a vigilante ex-Army officer, who reaches out to his successor and love interest Major Susan Turner (Cobie Smulders) when she is accused of espionage.

While he is at it, he discovers a surprising detail about his own past -- he is named in a paternity suit filed by an ex-prostitute, alleging that he is the father of her 15-year-old daughter Samantha Sutton (Danika Yarosh).

How Reacher exonerates himself and Susan Turner, forms the crux of the tale.

Narratively, the plot is a cat-and-mouse-chase with Reacher, Susan and Samantha, literally on the run most of the time, from an equally efficient assassin - The Hunter.

Also, since we know little about Reacher, there is no way to assess whether or not the paternity claim is true as Samantha displays enough disregard for authority and survival instinct, to make Reacher and the audience wonder if she really is his daughter. Gender politics along with paternal instincts is what makes the plot tick.

For those who have read Lee Child's novels, this film will be disappointing as Child's Jack Reacher, was well built, over six feet tall and had attributes that made his character believable.

Tom Cruise can't match that physique and hence adopts a different set of tough guy mannerisms. With quick reflexes, a swagger and a humane demeanour, he charms you as Reacher. He is efficiently supported by Cobie Smulders, in an underwritten role, as the equally agile Susan Turner, but their onscreen chemistry lacks spark.

Danika Yarosh as Samantha is sincere. Her natural performance gives a boost to the character, making it endearing.

Like in the first edition, the antagonist here too is prominent. Patrick Heusinger as the ruthless and mercenary antagonist, The Hunter, is forbidding. His presence on screen brings a sudden burst of energy.

The others in the supporting cast are all perfunctory.

On the directorial front, this sequel is a manipulative melodrama, almost flat by comparison to its first edition. The script is one dimensional and unsatisfying.

The thrilling elements are few and far between. The action sequences are staid and routine, except for a few gruesome bone-breaking acts which take place in abandoned warehouses and the regular empty wharfs that make up a mediocre film's universe. One of the action sequences also takes place in the backdrop of a Halloween parade.

Visually, though framed in widescreen and juxtaposed with tight close-ups, cinematographer Oliver Wood's lens add nothing to the narrative style.

Technically, with good production values, the film is well-mounted and would appeal to Tom Cruise's fans, as it desperately attempts to replicate a franchise.