'Run All Night' review:- This one's worth running after 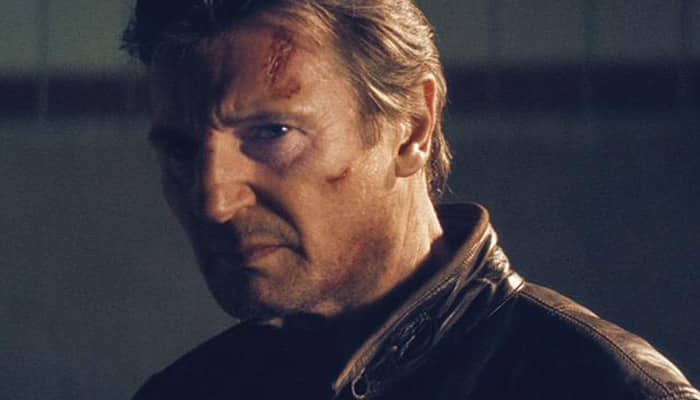 "One night is all I am asking for," a father pleading to his son, to correct all the wrongs he has done, forms the heart of this well-executed, fractured mobster tale.

‘Run All Night’ is about revenge and blood bonds between mobster fathers and their sons.

This is a typical Liam Neeson action-packed thriller. He essays the role of Jimmy Conlon, a mobster's handyman with a set of skills, many secrets, demons and failures, who is out to protect his estranged son Michael (Joel Kinnaman) from his friend-cum-boss, Shawn Maguire (Ed Harris).

In the well-knitted plot, Shawn's ruthlessly ambitious son Danny (Robert Boyd Holbrook) runs foul with a drug-dealing group of mobsters and as fate intertwines his life with Michael's, Jimmy is forced to kill Danny and a couple of corrupt police officers.

Shawn seeks revenge. He sends his men to execute Michael, but Jimmy ensures that his son is safe. So, they run all night long.

This may be the usual grim mobster and corrupt police film, but the well-paced, taut plot keeps you on the edge with the complex dynamics between the characters and their shared history which is adroitly put together by screenwriter Brad Ingelsby.

Jaume Collet-Serra, who had earlier directed Neeson in ‘Unknown’ and ‘Non-Stop’, draws the best out of him as the melancholic, concerned and protective father, Jimmy Conlon.

Neeson, compared to his roles in the ‘Taken’ series, is brilliant here. His measured equation with Ed Harris and Kinnaman is noteworthy.

With his knitted brows and brooding expression, Kinnaman, lives the character of Michael as the son who is constantly rebuking his father's decisions. The contrast is even more evident when he is affectionate to his wife Gabriela (Genesis Rodriguez), daughters and neighbourhood children who he mentors, bringing depth to his character as the resenting son.

As for Ed Harris, with his non-aggressive, yet tough and inflexible demeanour, he is a perfect match for Neeson. And his seething, "Don't talk to me about my son," to Neeson reveals the pain he is withholding.

The others, who aptly support the cast are Vincent D'Onofrio as the police detective and Common as Shawn's new hitman. They are the raison de-etre for Jimmy's exposition.

The all-night action that includes car chases, shooting, and fight sequence in a burning apartment are vividly showcased by cinematographer Martin Ruhe. His frames in low light conditions beautifully capture the shots, making the cinematography worth a mention.

Overall, this film will appeal to all Neeson fans and is worth a watch.

Matthew McConaughey to star in 'The Billionaire's Vinegar'