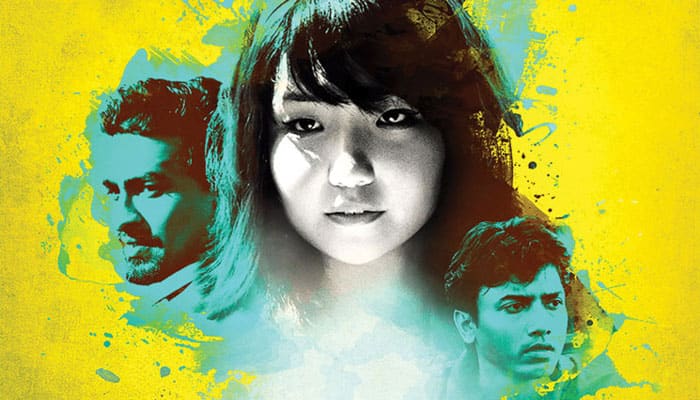 A low budget, starless film that comes in from the cold often vanishes into the blue without so much as creating a ripple in the market. But not all such titles are quickies that deserve to be ignored simply because they arrive in our midst unheralded.

The rather oddly titled Yahaan Sabki Lagi Hai is one such film. This youthful urban-angst tragicomedy has enough thematic and qualitative muscle to be taken note of.

Despite the fact that it will not send the cash counters into overdrive, this simple but slyly witty movie about a road voyage gone awry is definitely several notches above the ordinary.

Written and directed by first-timers Tina A Bose and Cyrus R Khambata, Yahaan Sab Ki Lagi Hai comes from a creative space which clearly exists outside the parameters of the independent Mumbai cinema as we know it.

On the surface, it tells the story of a trip undertaken by three disparate individuals. But woven around its subdued dramatic core is an exploration of many societal fault lines. The dialogue, laced liberally with cuss words, is a mix of several languages ? English, Hindi, Bengali and a smattering of Marathi.

The film employs an array of standpoints to reveal the unchanging structures that keep avoidable divides in place and tend to tear Indian society apart.

Their destination: a Goa beach house party meant to celebrate the birthday of Kesang's former boyfriend. Their journey is rudely interrupted by three beedi-smoking, motorcycle-borne goons who waylay and drug them. When the three return to their senses, they find themselves in a jungle without their belongings.

From this point on, Yahaan Sabki Lagi Hai moves back and forth in time to throw light on the reasons that have landed the trio in the mess that they are in.

The film is primarily about a handful of disillusioned youngsters looking for liberation ? at one point in the plot there are allusions to Bob Marley, Jim Morrison and the Buddha.

These people seek the highway of freedom but, as a song on the soundtrack laments, they are doomed to be trapped in a narrow backstreet.

There are several moments in the film where one wishes for more pace and greater clarity.

But even as Yahaan Sab Ki Lagi meanders along, its precise philosophical centre, the energetic performances from a cast of competent and convincing actors and the lively dialogues hold it together as it heads to a somber, though not downbeat, finale.

The rhythms and flavours of Yahaan Sabki Lagi Hai are its own. This is a film for those that have a taste for the offbeat.

'Piku' will take you to the drawing room of a family: Shoojit Sircar