The signing is intended to showcase the continuing thaw in bilateral relations that have been frayed over territorial and historical issues and paves the way for China's future lease of another giant panda at the request of Japan, The Japan Times quoted sources as saying on Wednesday. 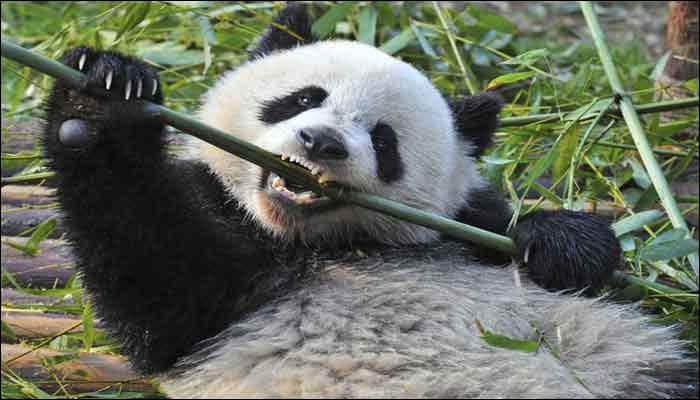 Tokyo: Japan and China are planning to cooperate on breeding research for giant pandas by signing a memorandum later this month when their leaders meet on the sidelines of the G20 summit in Osaka, the media reported.

The signing is intended to showcase the continuing thaw in bilateral relations that have been frayed over territorial and historical issues and paves the way for China's future lease of another giant panda at the request of Japan, The Japan Times quoted sources as saying on Wednesday.

Chinese President Xi Jinping plans to make his first visit to Japan since he came to power in 2013 and a meeting with Prime Minister Shinzo Abe is being arranged on the sidelines of the June 28 and 29 summit.

According to the report, the memorandum will state that Japan's Foreign Ministry and Environment Ministry and China's National Forestry and Grassland Administration will cooperate over giant panda breeding.

It will also enable the two countries to jointly cope with diseases and other breeding problems faced by giant pandas, including those already leased to Japan. Giant pandas from China are seen as symbols of bilateral friendship. There are now 10 giant pandas in Japan, including leased animals and their offspring. Three of them reside at the Ueno Zoological Gardens in Tokyo, six live at Adventure World in Wakayama prefecture and one is a resident of Kobe Oji Zoo in Hyogo prefecture.

Most recently, the loan period for giant panda cub Xiang Xiang at Ueno zoo was extended until the end of next year. Beijing has ownership of the cub, born in 2017 at the zoo, and the animal was originally due to be returned to China this month, The Japan Times said.

The envisioned agreement "will add impetus to efforts to secure the lease of another giant panda", a senior Foreign Ministry official said. Candidate zoos for a new giant panda have already been discussed and they include facilities in Miyagi and Hyogo prefectures.

The first giant pandas came to Ueno zoo in 1972 to commemorate the normalization of bilateral ties. In 2011, China expressed a willingness to lease more giant pandas to Japan but it did not materialize.