The researchers found that local hunters in Gabon are selling increasing numbers of Pangolins to Asian workers stationed on the continent for major logging, oil exploration, and agro-industry projects. 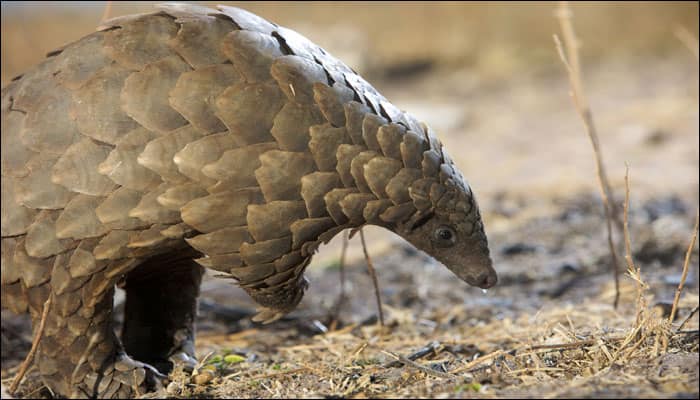 London: Researchers have found that animal traffickers are taking advantage of remote ivory trade routes to smuggle pangolins or scaly anteaters -- one of the world's most endangered animals -- out of Central Africa.

The study, published in the African Journal of Ecology, also showed that the price for giant pangolins has risen at more than 45 times the rate of inflation between 2002 and 2014.

The solitary mammals -- sought after for their meat and scales -- are being transported across remote forest borders in a largely successful attempt to avoid increased law enforcement, said the study.

"This is the first study of how illegally traded pangolins may be sourced from African forests and it shows that the high value paid internationally for large giant pangolin scales is probably affecting their price, even in very remote villages," said lead researcher Katharine Abernethy of the University of Stirling in Britain.

"However, local subsistence hunters are probably not the primary suppliers -- this is likely to be criminal hunting organizations, possibly those who are also trading in ivory in the region, as the demand markets are similar," Abernethy said.

The researchers found that local hunters in Gabon are selling increasing numbers of the animals to Asian workers stationed on the continent for major logging, oil exploration, and agro-industry projects.

Found in Asia and Africa, pangolins are scaled, primarily nocturnal animals, which feed predominantly on ants and termites.

The eight species of pangolin range from vulnerable to critically endangered, with their meat and scales in high demand, especially in Asia.

With the decline of the Asian species in recent years, there has been a significant increase in the number of African pangolins seized in Asia.

The new study focused on Gabon in Central Africa. The team visited communities using pangolins and other wildlife for food, as well as markets in provincial towns and the capital, Libreville, to assess the numbers sold and prices.

They found that the relative value of pangolins has increased significantly since 2002 -- more than the price for other species and higher than expected under inflation.

Australia has lost almost 99% of its crustacean reefs: Study