The Caspian Sea, located between Europe and Asia, is about 371,000 square kilometres across in size. 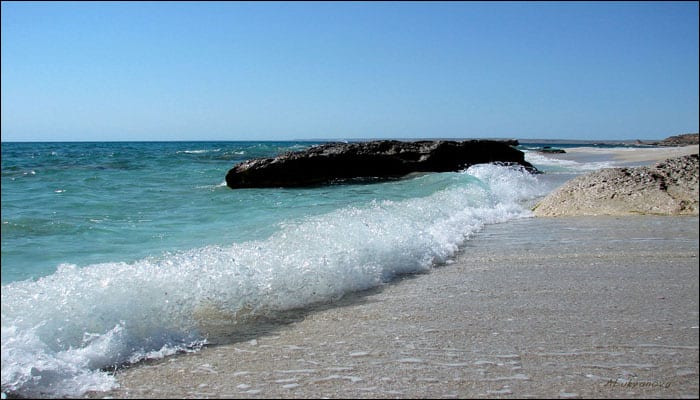 New Delhi: The discourse on climate change and global warming is far from over. It has taken over a larger domain in the last few years and its rapidly growing effects have raised questions on Earth's habitability in the future.

Environmental scientists' concern over climate change and its effects are on another level altogether and with good reason, especially with regard to drying water bodies as a result of severe climate change.

Their latest point of attention is the Caspian Sea – the largest enclosed inland body of water on Earth by area, variously classed as the world's largest lake or a full-fledged sea.

As per latest reports, the Caspian Sea is only a metre away from dipping down to the historic low water levels seen in the 1970s, warn scientists who found that it has been slowly evaporating for the past two decades due to rising temperatures linked to climate change.

The current Caspian Sea level is only about a metre above the historic low level it reached in the late 1970s.

Increased evaporation over the Caspian Sea has been linked to increased surface air temperatures.

Researchers, including those from the University of Texas Austin in the US, found that the average yearly surface temperature over the Caspian Sea rose by about one degree Celsius between the two timeframes studied, 1979-1995 and 1996-2015.

These rising temperatures are likely a result of climate change, according to the researchers.

Evaporation brought about by warming temperatures appears to be the primary cause of the current drop in sea level and the decline will likely continue as the planet warms, researchers said.

The Caspian Sea, located between Europe and Asia, is about 371,000 square kilometres across in size. It has experienced substantial changes in its water level over the past several hundred years, but previous studies were unable to nail down the exact causes of the sea level changes.

The Caspian Sea is bordered by five countries and contains an abundance of natural resources and diverse wildlife.

The sea also contains oil and natural gas reserves, and is an important resource for fisheries in the surrounding countries.

They then assembled a record of how much each of these factors contributed to observed changes in the Caspian Sea level from 1979 to 2015.

Evaporation contributed to about half of that decline, while the combined effects of precipitation and river discharge changes contributed to the other half.

The observed evaporation rates are associated with increased surface air temperature and other climate factors such as surface humidity and wind.