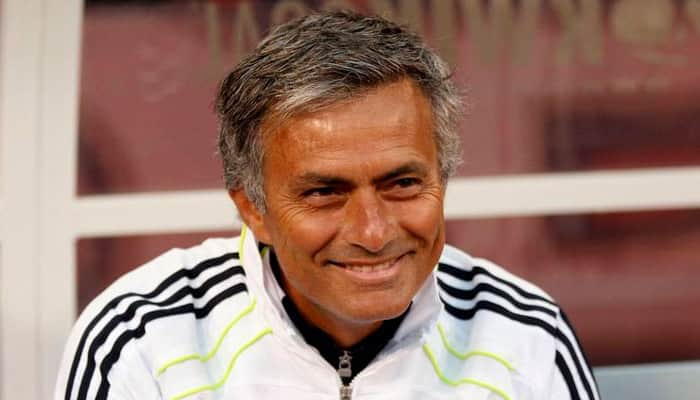 Chelsea’s transfer policy for the summer window of the 2015-16 season presents a different scenario in comparison with some of Europe’s other elite clubs.

Despite the club’s inactivity so far, manager Jose Mourinho is relaxed and quite confident.

Chelsea, who won the 2014-15 Premier League title, look like a settled unit and Jose’s trust in his players is likely to be major factor in the way the new season is likely to shape up.

Chelsea have been big spenders since Roman Abramovich’s takeover and have so far seen their title rivals, barring Arsenal, go the distance with summer recruits.

Chelsea’s only summer recruits have so far been Asmir Begovic from Stoke City and Radamel Falcao, on loan from Monaco. Both these players have replaced Petr Cech and Didier Drogba respectively.

Jose feels his present side has genuine firepower to challenge for big trophies this term after they won the double last season.

Felipe Luis was shown the door and Mohammed Salah will be the next player to depart. Interestingly, Jose’s decision to keep hold of Ramires, Jon Obi Mikel and Victor Moses shows the manager feels these fringe players have something to offer and their experience in the EPL will hold key.

Absence of major injuries in the Chelsea squad last term was a big boost for Jose and his strong defensive unit will once again look to continue with the good work.

Skipper John Terry has been instrumental in the back line and played all of Chelsea’s 38 EPL games last season to show the zeal he still has in him.

He was well supported by Gary Cahill who went on to play 34 EPL matches. The consistency in defense led to a superb communication amongst players and the balance has therefore been maintained.

Chelsea are chasing Everton’s youngster John Stones as a back-up for Terry and Gary Cahill and the pursuit of the English international, will add much more depth in an already strong unit. Apart from Stones, the Blues are linked with Ausburg’s 21-year-old Baba Rahman, who could replace Felipe Luis.

The loan move for Radamel Falcao raised several eyebrows given his disastrous campaign with Manchester United, but Jose is the right man to get the Colombian back to his best. Falcao’s combination with Diego Costa will be an added feature given the duo’s success together at Atletico Madrid earlier.

The faith in youngster Ruben Loftus-Cheek, who could play a pivotal role in midfield has been a good ploy by the manager.

With Cesc Fabregas and Nemanja Matic’s brilliant partnership in the centre of the park, and the attacking trio of Willian, Oscar and Eden Hazard up his sleeve, Jose has it all covered and will not want to break the rhythm of his preferred 4-2-3-1 formation.

The trust in his players highlights Jose’s strength and he knows his rivals will come hard at him. With United, City and Liverpool trying to find new balance in their teams, Chelsea’s calmness will be their major strength.

Jose’s ability to identify what he needs from his players and their acceptance of his philosophy has paid off and this Chelsea team looks a major force despite no mega moves this term.

Jose Mourinho recently stated that his Premier League rivals are trying to buy silverware by making huge investments and ruled out his side doing the same.

Chelsea have earned huge revenues from their transfers since Mourinho’s second coming and their business model has turned out to be a major plus.

Even last season, their summer inputs came within a profit valuation range and overall that has been good for the club.

After arriving at Stamford Bridge in 2013, Jose announced that Chelsea were looking to build a squad for the future. He wanted to have a team of his liking and since last two summer windows, his market deals have been splendid.

With great options at his disposal and several youngsters in the line-up, Jose doesn't need to break any transfer fee record.

For the moment, he and Abramovich have a plan, and it's going to tick off wisely.