The incident occurred three days after 10 Flamengo youth players died and three others were injured when their lodgings caught fire. 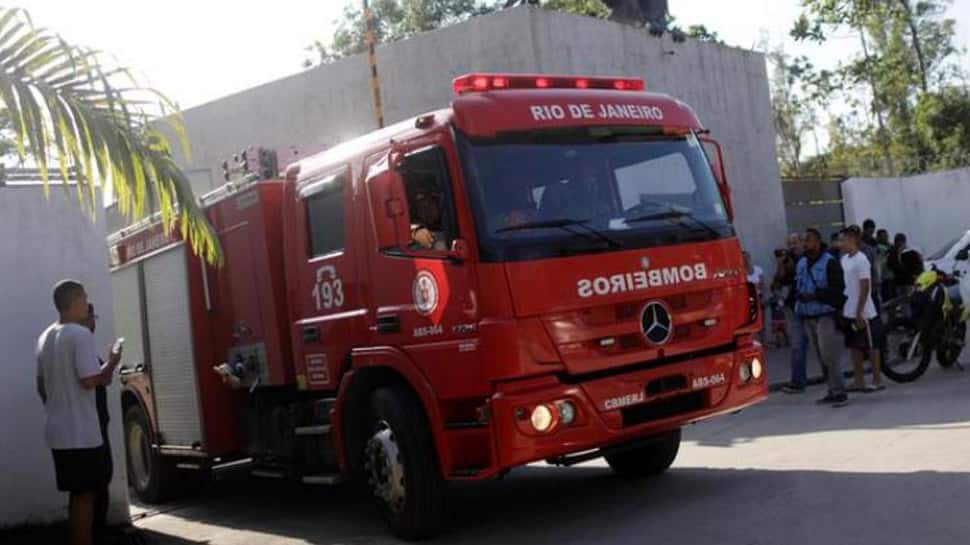 A fire broke out at the training centre used by Rio de Janeiro football club Bangu, sending at least two players to the hospital with smoke inhalation but causing no serious injuries.

The incident occurred three days after 10 Flamengo youth players died and three others were injured when their lodgings caught fire.

Bangu, one of the oldest and most traditional clubs in Rio, were training at a military athletics centre when the blaze started after lunch.

The fire was quickly brought under control but two players were taken to hospital suffering from the effects of smoke inhalation, the military said in a statement.

Bangu could not be reached for comment about the blaze, which TV Globo said may have started in an air conditioning unit.

Flamengo did not have permits to build the temporary lodgings in the training centre that caught fire, although the club denied there was any relation between their ignoring the warnings issued by the city government and the fire itself.

TV Globo said Flamengo had lacked permits for other parts of the centre for more than a year.

Prosecutors met with Flamengo directors on Monday and said the club had promised to negotiate settlements with the bereaved families of the 10 boys and also to make sure they had all the necessary permits in order.

The officials said they would begin reviews of Flamengo's training centre and other clubs' lodgings immediately.

"Our visit tomorrow will review all that," said Fabio Vilella, a prosecutor with the Rio employment division.

The prosecutor added, "First to see if the training centre is or isn't in a fit state to function.And preventively so that further tragedies do not occur, not just in Flamengo but at other clubs, we are going to mount a sweep of other training centres."

Five of the dead teenagers were buried on Monday in towns and cities across Brazil.

The boys, all aged between 14 and 16, were at Flamengo training with the youth team and hoping to make it to the professional ranks.

One of the three boys injured in the fire was released from hospital on Monday but two others are still under observation, one of them in serious but stable condition.