Goa head coach Sergio Lobera has prioritised outscoring the opposition and will be focused on maintaining a high goal difference. 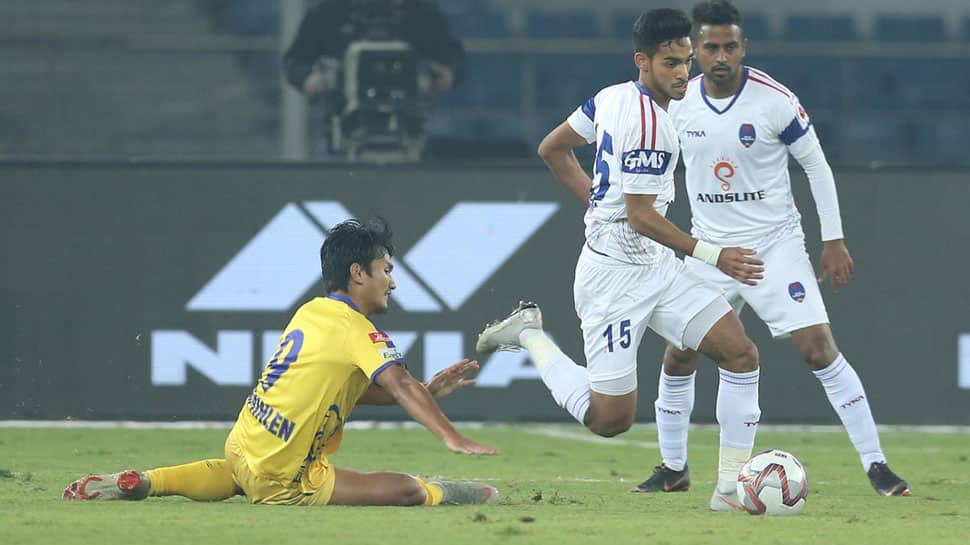 FC Goa would look to inch closer to the play-off spot when they meet Delhi Dynamos FC in an Indian Super League clash at the Jawaharlal Nehru Stadium on Monday.

After going 11 matches without a win since the start of the season, Delhi picked up two wins in their last two games and Josep Gombau's men will want to accumulate up as many points as they can before the season draws to an end.

Goa find themselves in the thick of an intense battle to secure a top-four spot and are third in the standings with 24 points from 13 games. Only a point separates them from fourth-placed NorthEast United, although the Highlanders have played an extra game.

Goa head coach Sergio Lobera has prioritised outscoring the opposition and will be focused on maintaining a high goal difference.

For the second season running, Goa are top of the charts for the number of goals scored. They had 42 goals to their name at the end of the league stage last season and have 29 so far, with five games in hand.

"For me, the most important thing is that we have the highest goal difference in the league. I am not obsessed with clean sheets. I am more worried about the number of goals we score," said Lobera.

Delhi's season started badly but Gombau's philosophy has looked effective in parts. The pace from the flanks has been the most threatening aspect of Delhi's attack, with Lallianzuala Chhangte and Nandhakumar Sekar tasked with causing trouble to full-backs.

However, the Lions have been found wanting in the final third and profligacy has been their main villain throughout the season.

"We are playing good football. We are creating a lot of chances and not scoring so much. That is a problem. We also have to improve our defence as we are conceding goals. Even when we are playing away from home, we are creating chances but not getting the results which is frustrating," said Gombau.

The coaches are known to stick to their philosophy regardless of their opponents and that could lead to an open game with midfielders battling for possession. Ahmed Jahouh and Edu Bedia have shone for Goa but the latter was replaced due to an injury in the last game and could be forced to sit out of this encounter.

Delhi's new recruit Ulises Davila showed signs of his brilliance on his debut and will be hoping to make a difference against Goa.

Delhi have only won three times in the 11 meetings between the two teams and there has only been one draw when these two have locked horns.