The 21-year-old went off after just 22 minutes of the Dutch league game against Excelsior Rotterdam on Saturday clutching his hamstring but coach Ten Hag said it was a precaution. 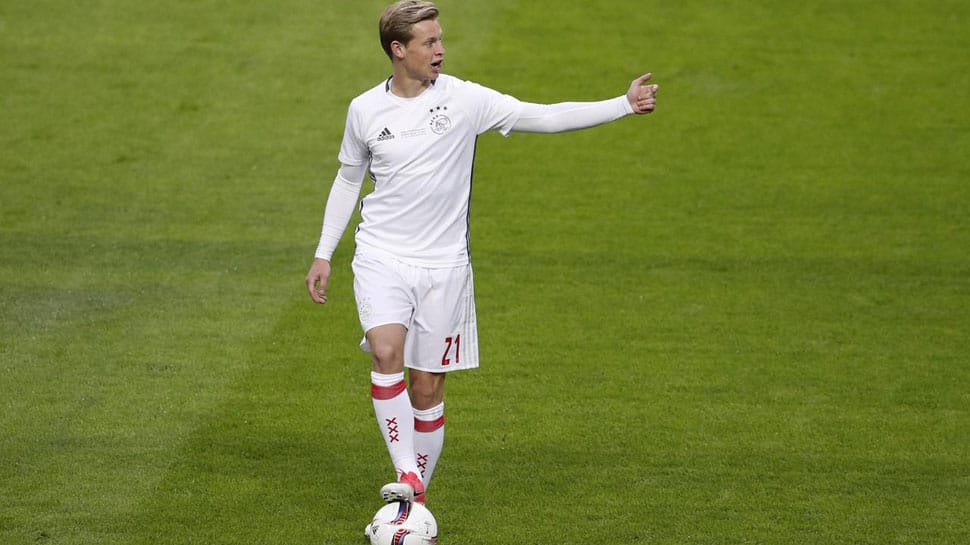 The 21-year-old went off after just 22 minutes of the Dutch league game against Excelsior Rotterdam on Saturday clutching his hamstring but coach Ten Hag said it was a precaution.

"We will see, we are positive he can play," he said. "We took him off for prevention, we hope he can play but we will see if it is possible. We will see after this evening`s training."

De Jong, who moves to Barcelona at the end of the season, had an impressive showing in last week’s clash in Amsterdam which ended 1-1.

"Frenkie himself will have to decide if he is ready, and eventually I decide if he will play," added Ten Hag.

The coach said he was confident his team could pull off another upset after eliminating holders Real Madrid in the round of 16.

"I`m confident because of the way we are playing and training. We are stronger and we are showing it game by game," he said.

"Juventus are the favourites, especially after the Amsterdam result," he added. "If we play well, we can overcome any limit."

Ten Hag said he was ready for a tactical switch by his rival Massimiliano Allegri.

"Allegri is very knowledgeable and has certainly thought of a different way to approach this game compared to last week," he said. "We need to improve our tactical plan."