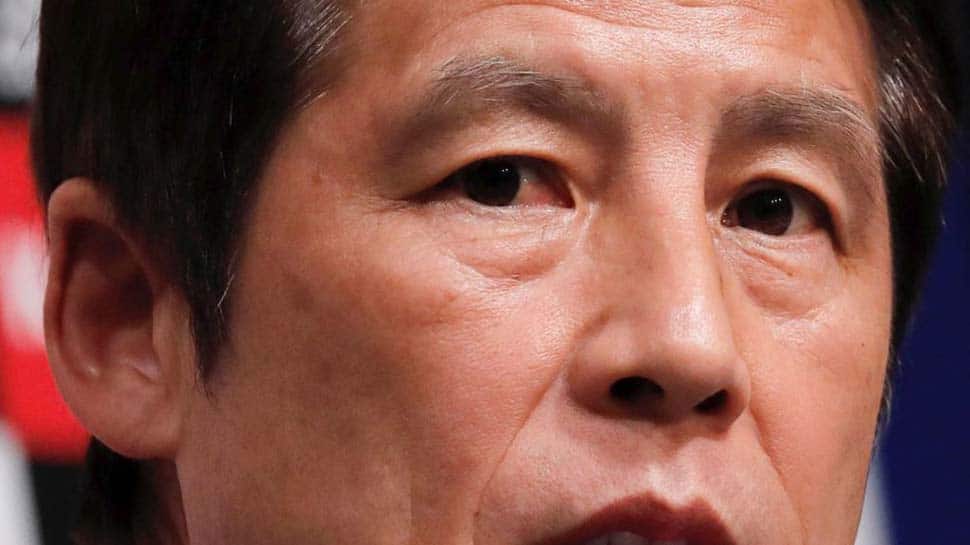 Coming off the back of a disappointing 2-0 loss to Ghana on Wednesday, Nishino`s sole game in charge so far since taking over in April, the former international midfielder decided to stick with a travelling party filled with established players.

The squad includes three players with more than 100 caps -- Yuto Nagatomo, Shinji Okazaki and captain Matoko Hasebe -- and only two outfield players with fewer than 10 international appearances.
Eleven of the selected players featured at the last World Cup in Brazil.

The players cut from the original 27-man squad were forward Takuma Asano and midfielders Yosuke Ideguchi and Kento Misao, while another midfielder, Toshihiro Aoyama, had already pulled out of the squad through injury.

Ideguchi was the only one of the omitted players to take part in the loss to Ghana.

Playmakers Shinji Kagawa and Keisuke Honda have also been included, with the former proving his fitness over 45 minutes against Ghana following a troublesome ankle injury.
Squad: