Arsenal had suffered four defeats in their last nine league games, including a 3-1 loss at Manchester City last week, but Alex Iwobi put them ahead in the 16th minute with a deflected shot. 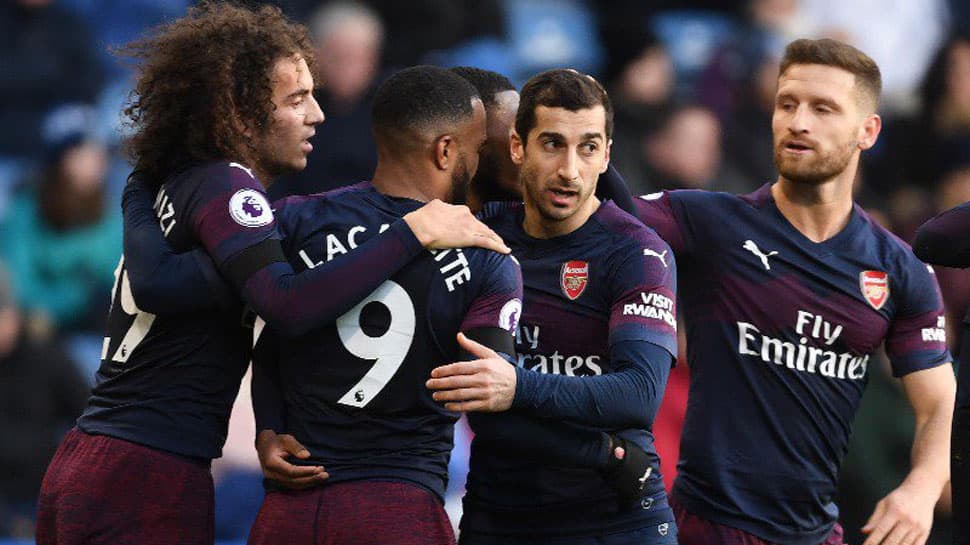 Arsenal returned to winning ways with a 2-1 victory over bottom side Huddersfield Town on Saturday, but remain the only side without an away clean sheet in the Premier League this season.

The side had suffered four defeats in their last nine league games, including a 3-1 loss at Manchester City last week, but Alex Iwobi put them ahead in the 16th minute with a deflected shot.

Huddersfield pressed and harried but rarely troubled the Arsenal goal in the first half, with the difference in quality showing as the visitors doubled their advantage through Alexandre Lacazette`s 10th league goal of the season a minute before halftime.

Adama Diakhaby had two good chances to get Huddersfield -- who had drawn once and lost 11 of their previous 12 league games -- back into the match, but failed to really test Bernd Leno in the Arsenal goal.

Sead Kolasinac put through his own net in stoppage time to give Huddersfield late hope, scoring Huddersfield`s first goal in over nine hours of football in all competitions, but the visitors held on for the win.

"Yes but we won," Arsenal manager Unai Emery said when asked if he was disappointed at the lack of a clean sheet.

"The clean sheet is important but our goal is to win. This was a very important victory to be closer to top four. Our target is this."

Arsenal started the match without Mesut Ozil and Pierre-Emerick Aubameyang in the matchday squad, both missing through illness according to the club.

However, the visitors soon went in front through Iwobi, who collected Kolasinac’s cross and shot at goal, with a deflection off Terence Kongolo taking the ball past home goalkeeper Ben Hamer.

Arsenal did not exert control after the opener as Huddersfield flew into challenges to unsettle the visitors, but one minute before the interval, Lacazette tapped in at the far post after being picked out by Ainsley Maitland-Niles to double the visitors` lead.

Arsenal led an away Premier League game by two goals or more for the first time since August, 2016, but their advantage was almost halved early in the second half, only for Diakhaby to fire too close to Leno before failing to find the target when unmarked at the back post.

With Arsenal seemingly on course for that first shutout, Daikhaby broke behind a static backline and nudged the ball towards goal for Kolasinac to deflect it over the line.

"We gave everything today and the way we played today made me proud," Huddersfield manager Jan Siewert said. "At least at the end we scored. I fight until the end for this club."