Alex Sandro put Juventus top of Serie A with a 1-0 derby win at Torino but rivals Napoli could reclaim the summit when they play SPAL later on Sunday. 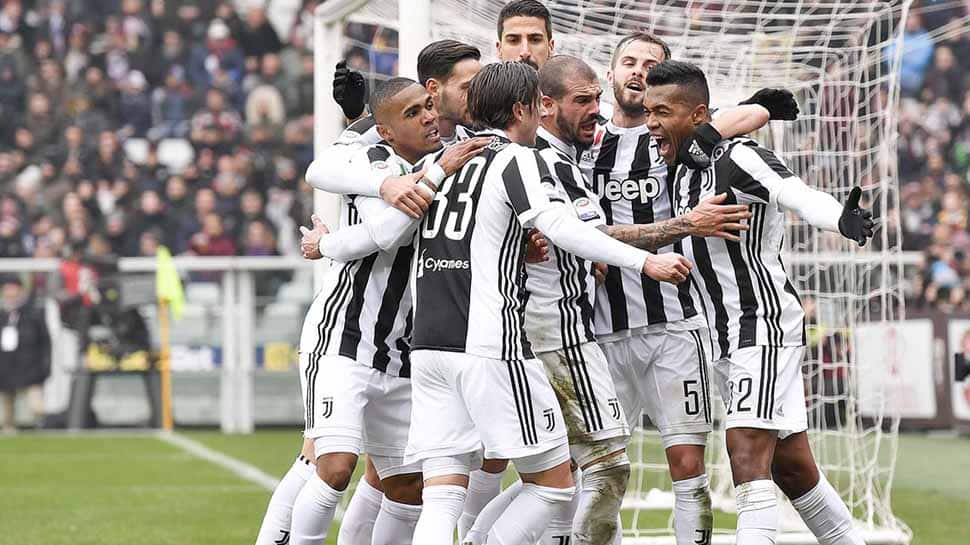 Alex Sandro put Juventus top of Serie A with a 1-0 derby win at Torino but rivals Napoli could reclaim the summit when they play SPAL later on Sunday.

Brazilian Sandro scored after 33 minutes for the six-time defending champions who dominated despite losing top scorer Gonzalo Higuain to an early injury.

Juventus have 65 points from 25 games, two points ahead of Napoli who host struggling SPAL later in the day.

Massimiliano Allegri’s side — held 2-2 by Tottenham in their Champions League home tie in Turin this week — have injury problems and were without Mario Mandzukic, Blaise Matuidi and Juan Cuadrado, with Paulo Dybala and Federico Bernardeschi starting on the bench.

But with tensions already running high in the traditional “Derby Della Mole” the visitors were reeling after three minutes when Higuain landed awkwardly on his ankle as he rushed to pick up a Miralem Pjanic cross. The Argentine played on from another 12 minutes before being replaced by Bernardeschi.

Torino had an early chance with Joel Obi and Andrea Belotti two on one against Juventus centre-back Daniele Rugani but Belotti failed to control the ball.

Douglas Costa then burst down the right, his cross found Kwadwo Asamoah for a low volley that was cleared off the line by Nicolas N’Koulou of Torino.

Miralem Pjanic also threatened with a free kick before Juventus broke through when Bernardeschi raced down the right and crossed low for Sandro to tap in.

Dybala came on in place of Douglas Costa after 66 minutes and the Argentine almost doubled Juventus’ advantage immediately, picking up a perfect assist from Bernardeschi, but failing to finish off.

Juventus held on for their ninth consecutive Serie A win as Torino coach Walter Mazzarri suffered his first defeat in six games since taking over from Sinisa Mihajlovic.

The win was an 18th for Juventus in the last 24 Turin derbies, with Torino taking just one point in eight meetings since a 2-1 victory in April 2015.