Australia will next face hosts United Arab Emirates (UAE) for a place in the semi-finals of the tournament. 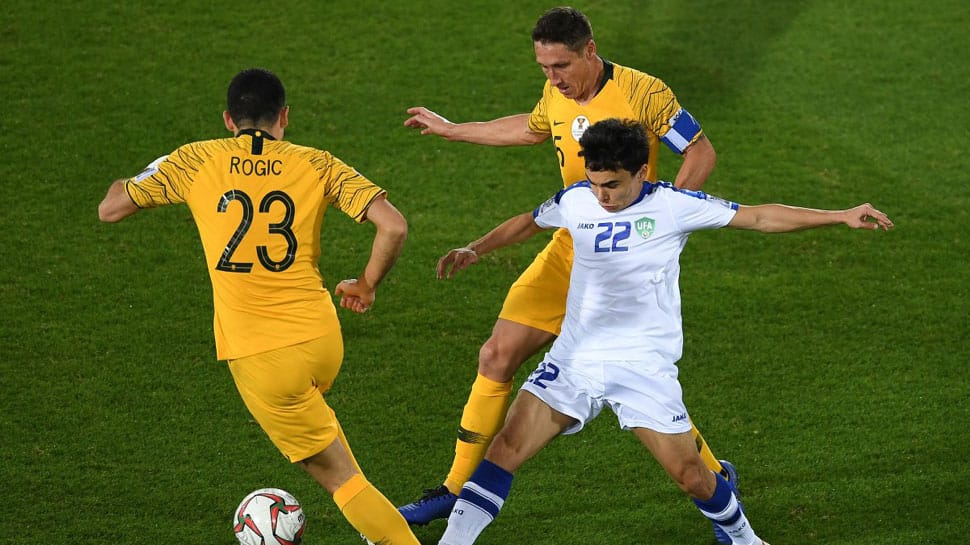 Australia goalkeeper Maty Ryan earned the Asian Cup holders a quarter-final place with two saves in the shootout to see off Uzbekistan 4-2 on penalties after the match finished goalless following extra time on Monday evening.

Australia will next face hosts United Arab Emirates (UAE) for a place in the semi-finals of the tournament.

"I`m proud of the guys and how they stayed calm, showed no emotion and stuck to the game plan and had great discipline," said Australia coach Graham Arnold.

"Defensively we didn`t throw too many players forward so that we could get caught out on the counter.We did exceptionally well with that and it`s just about building and these type of results give players confidence," he added.

Australia deserved to progress after dominating the second half and most of extra time in the 0-0 stalemate as they kept their hopes of retaining the title on track.

It was Uzbekistan, however, who had made the early running and Ryan was called into action after just 10 minutes as Eldor Shomurodov burst past Trent Sainsbury to force the Premier League keeper to block his close-range shot.

Australia carried little threat, with Aziz Behich registering their only goal attempt in the opening 45 minutes when he tried his luck from outside the area, and Uzbek keeper Ignatiy Nesterov had few problems.

Javokhir Sidikov flashed a long-range effort narrowly wide of Ryan`s goal and Khamdamov should have done better when he was found by Shomurodov with time and space.

The Socceroos pressed in the second half, with Rhyan Grant heading over from an acute angle when Milos Degenek`s diagonal ball found him unmarked behind the Uzbekistan defence having moments earlier sent another header into the hands of Nesterov.

Uzbekistan`s keeper was now seeing all the action, and he was forced to deny Leckie nine minutes after the Hertha Berlin winger came off the bench before pushing Tom Rogic`s deflected strike from outside the area wide for a corner.

Australia continued to be frustrated when the game went into extra time with Chris Ikonomidis, Leckie and Rogic all going close before the extra period drifted towards penalties.

In the shootout, Behich saw his penalty saved by Nesterov before Tukhtakhujaev`s attempt was kept out by Ryan, and the Australia keeper then denied Khamdamov in the penultimate round to leave Leckie to wrap up the win.