FC Barcelona central defender Samuel Umtiti is all set to be ruled out of action after deciding to undergo treatement in order to resolve his left knee problem. 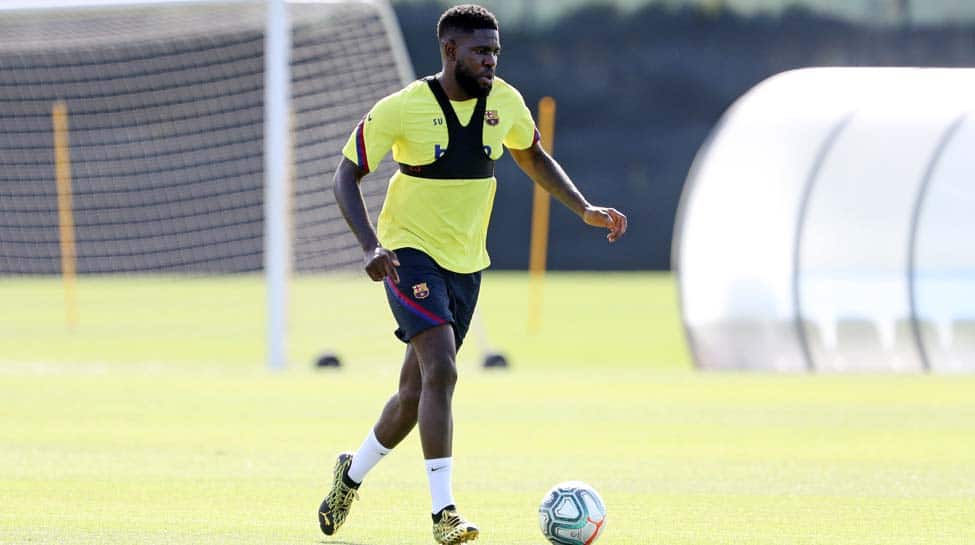 FC Barcelona central defender Samuel Umtiti is all set to be ruled out of action as he has decided to undergo treatement in order to resolve his left knee problem.

In an official statement, Barcelona said that the Frenchman has begun 'conservative treatment' to resolve ongoing problems and now his recovery will dictate his return.

"The first team player Samuel Umtiti has a problem with his left knee and will undergo conservative treatment. The player is not available and his recovery will dictate when he can return," Barcelona said in the official statement.

The 26-year-old has appeared in a total of 18 matches for Barcelona this season. 13 of those appearances came in Premier League, three in Champions League, one during the quarter-final clash against Athletic in Copa del Rey in San Mamés and one during the semi final match of the Spanish Super Cup against Atlético.

Umtiti played his last match for Barcelona against Celta Vigo in Balaídos on June 27.

Three months after the game was distrupted to coronavirus pandemic, La Liga was resumed with Real Sociedad vs Eibar clash on June 13.

Barcelona, who are bidding to defend the Spanish title, are currently standing at the second spot in the La Liga table with 21 wins from 33 games.