Despite a 1-0 win at home against Real Valladolid, the La Liga table toppers have left plenty of doubts about their capabilities of winning Europe's top prize. 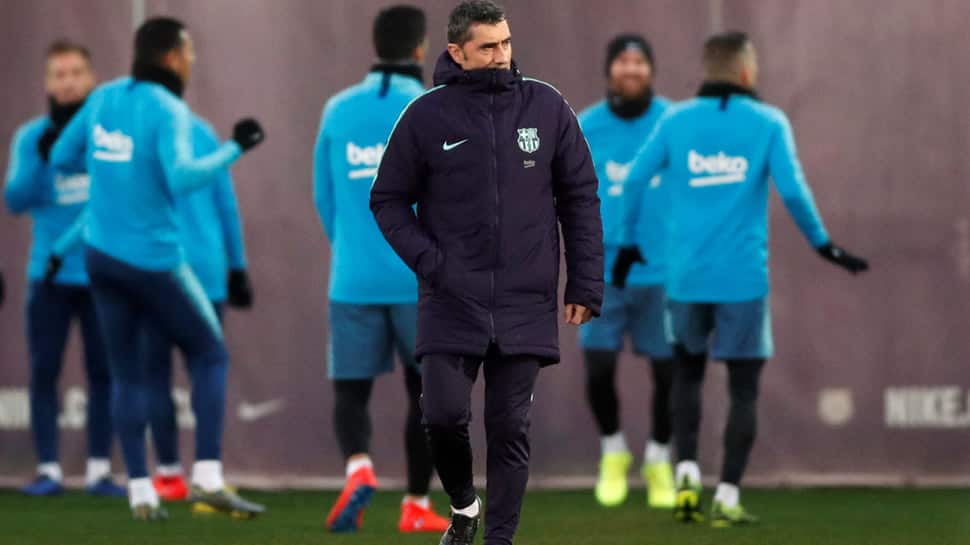 Despite an iron grip on domestic trophies, Barcelona have been haunted by their recent failures in the Champions League and there are concerning signs for the Catalans as they prepare for Wednesday's last-16 first leg away game to Olympique Lyonnais.

Ernesto Valverde's side fly to France after an uninspiring 1-0 win at home to struggling Real Valladolid on Sunday, which consolidated their lead at the top of La Liga, but left plenty of doubts about their capabilities of winning Europe's top prize.

The drab victory over Valladolid, in which Lionel Messi scored a penalty and missed one, followed a goalless stalemate at Athletic Bilbao, a 2-2 draw with Valencia and a 1-1 draw with Real Madrid in the Copa del Rey semi-final first leg.

Coach Ernesto Valverde has played down the significance of his side's recent slack displays.

"Sometimes you cannot be brilliant in every game, but I think the team is ready to play at its very best," he said.

Defender Gerard Pique, however, was more scathing of Barca's performance and warned of the potential consequences of their lacklustre displays.

"We were not the Barca we wanted to be, the result was good, the sensations were not," Pique said.

"We must improve on Wednesday or we will suffer a lot. If we don't move the ball quickly, dominate the play and possession or create chances, we are a weaker team," he added.

Barca have fallen at the quarter-final stage of the Champions League each year since last winning it in 2015, suffering a particularly humiliating elimination to AS Roma last season after taking a 4-1 lead in the first leg of the tie.

They have looked on enviously as Real Madrid have won the last three editions of the big-eared trophy, swelling their total number of European Cups to 13, which makes Barca's five look measly by comparison.

Despite winning three of the last four La Liga titles and collecting the Copa del Rey four years in a row, there is a widespread feeling that Barca should have fared better on the continent, especially while Messi has been at his peak.

The Argentine seems to think so too his first speech as captain back in August, he pledged to do 'everything possible to bring that beautiful trophy back to the Nou Camp.'

For that ambition to be realised, Barca must improve on a dismal away record which has seen them win only one of their last six visits in the Champions League knockout rounds, scoring three goals while conceding 13.

Barca will be boosted by the return of France's World Cup-winning defender Samuel Umtiti after nearly three months out with a knee problem, while defender Thomas Vermaelen and midfielder Arthur Melo are injured.