Goretzka was injured in training while on international duty last week and needed surgery to reduce bruising in his left thigh, the club said. 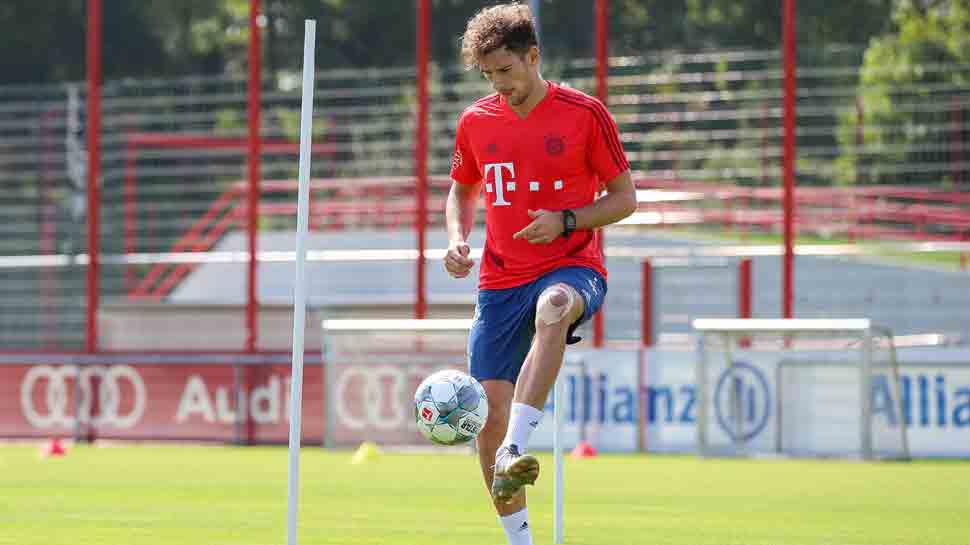 Champions Bayern Munich will be without midfielder Leon Goretzka in their Bundesliga top of the table clash against RB Leipzig on Saturday after the Germany international underwent surgery this week.

Goretzka was injured in training while on international duty last week and needed surgery to reduce bruising in his left thigh, the club said.

Coach Niko Kovac knows full well he will need his strongest squad against Leipzig, who have enjoyed their best ever start with three wins in three league matches to top the table on nine points.

Bayern are second on seven, having been held to a 2-2 draw on the first matchday against Hertha Berlin.

Leipzig`s defence is so far the best in the league, having conceded two goals, while their attack has also been potent on the back of forward Timo Werner, who scored a hat-trick against Borussia Moenchengladbach.

"It is just not possible to make any serious assessment on the season after only three matches," Bayern CEO Karl-Heinz Rummenigge said. "Our aim is to take over the top of the table with a win at Leipzig."

While too early in the season for predictions, what is already clear is that Julian Nagelsmann`s Leipzig are eager to spoil the expected two-horse title race between Bayern and Borussia Dortmund.

A win could put them five points clear of the Bavarians.

"We must have a perfect day against them," Nagelsmann said this week.

"They are always able to come back so we need to push them and we need to press them and if we do everything correctly on the day then maybe we will be five points ahead after the game."

"If Bayern reach their top level over the entire season then they are the favourites for the title once more because they have such a good squad," added Nagelsmann.

"It will be a special game because we are now leading the standing. That is something that Bayern don`t like and that adds more spice to this game."