Tielemans missed the ball completely and stamped Wilson on the shin and ankle, causing the Bournemouth striker to fall to the turf in pain but referee Peter Bankes, on his Premier League debut, did not deem the challenge worthy of a booking. 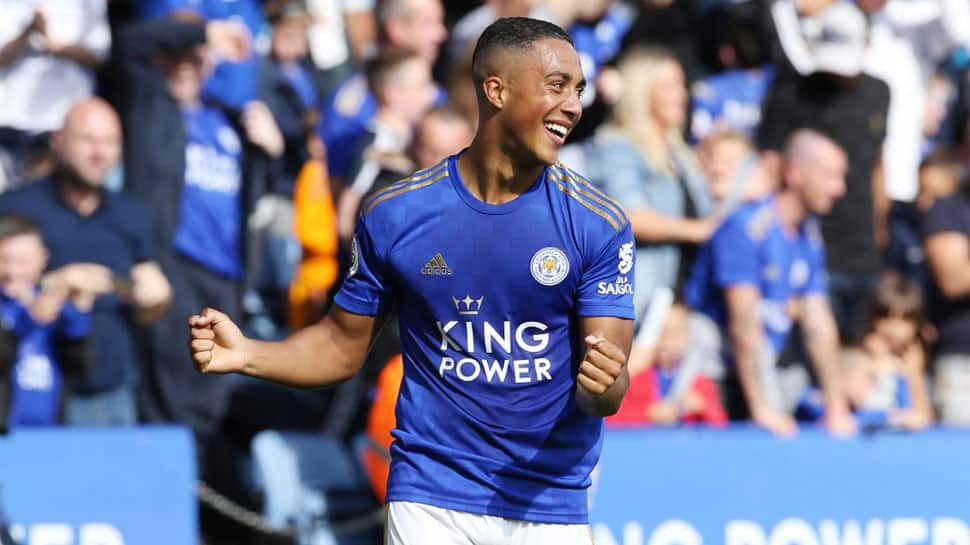 Video Assistant Referee (VAR) was at the centre of controversy on Saturday in Leicester City`s 3-1 home win over Bournemouth, who were left fuming after Youri Tielemans escaped a booking for a potentially leg-breaking challenge on Callum Wilson.

Tielemans missed the ball completely and stamped Wilson on the shin and ankle, causing the Bournemouth striker to fall to the turf in pain but referee Peter Bankes, on his Premier League debut, did not deem the challenge worthy of a booking.

Veteran referee Martin Atkinson was in charge of VAR for the match but, after a review to check for a potential red card that delayed the game`s restart by nearly two minutes, there was no decision forthcoming.

"I haven`t seen it again, but I was close enough to see it live," Howe told reporters after his side fell to 15th in the standings following their second consecutive league defeat of the season.

"It was over the top and dangerous for Callum. I don`t know why VAR didn`t make the decision."

Wilson, who was himself booked for simulation in the second half, was adamant that the foul warranted a booking and questioned the implementation of VAR.

"He missed the ball and went over the top and went on to my ankle," Wilson said. "If it`s not clear and obvious then I don`t know what is."

"I`d like to watch back and see why it wasn`t (a red card). He went straight over the top and on my shin. He almost broke my ankle. It warranted a card."

Leicester boss Brendan Rodgers, however, chose to defend his player, claiming they also deserved a decision going their way when Jefferson Lerma brought down Jonny Evans near the touchline before the referee allowed the visitors to play on and counter-attack.

"There were two challenges in the game. The young midfielder (Lerma) for Bournemouth caught Jonny Evans over the top, not intentional," Rodgers said.

"Same with Youri Tielemans. When you slow them down they look worse than they are."

This was not the only match of the day to feature a controversial VAR decision with Aston Villa manager Dean Smith lashing out at its failure to overturn the referee`s decision that denied his side a late equaliser in a 1-0 defeat to Crystal Palace.