Cafu lifted the World Cup for Brazil in 1994 and 2002 and is currently working with FIFA as the brand ambassador for the 2022 World Cup slated to be held in Qatar. 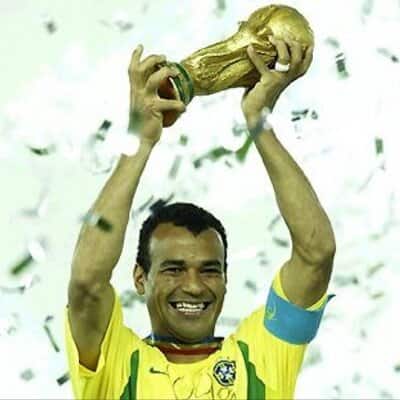 In a tragic incident, the 30-year-old son of Cafu, a two-time World Cup winning captain of Brazil, passed away after suffering a heart attack.

According to a report in express.co.uk, Danilo Feliciano de Moraes was playing football at his family home in Sao Paulo, when he complained of feeling unwell and was taken to a hospital where he later died.

Football teams across the world paid their respects to Cafu's son, including Real Madrid, Inter Milan and the Brazilian's former team AS Roma.

"Everyone at UEFA wishes to send their sincerest condolences to Cafu following the passing of his son, Danilo. The thoughts of the whole football world are with you and your family at this tragic time," tweeted UEFA.

"The club is deeply saddened by the passing of Cafu's son, Danilo. All of us at the club send our heartfelt condolences to Cafu and his family at this difficult time," tweeted Inter Milan.

"The club sends its deepest condolences to Marcos Cafu and his family at this sad time. Our thoughts and prayers are with them all," AS Roma tweeted.

"El Real Madrid C. F. expresses its deep regret at the passing of Danilo, the son of Brazilian football legend Cafu. The club wishes to convey its condolences to Cafú and his family and shares in his grief in these difficult moments," tweeted Madrid.

Cafu lifted the World Cup for Brazil in 1994 and 2002 and is currently working with FIFA as the brand ambassador for the 2022 World Cup slated to be held in Qatar.