The goal of this project is to bring people together through the sport that bridges the gaps between cultures. 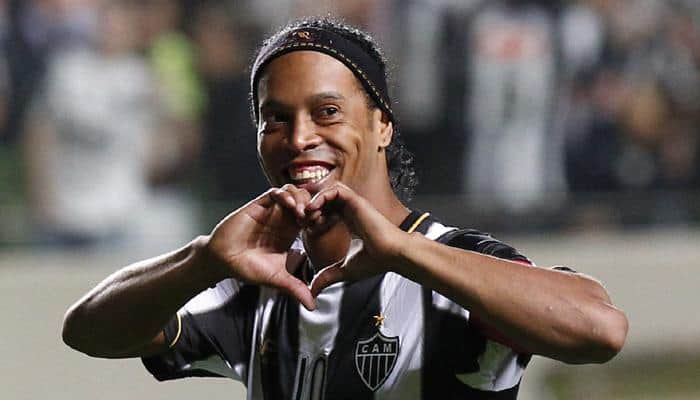 Jerusalem: Brazil`s former soccer stars, led by Ronaldinho and Bebeto, are expected to play in Haifa, Israel on October 29, against a team of Israeli former stars, the municipality of Haifa has said.

The details of the event, called "Peace Game", were signed in a contract between the municipality and MTR7 Israeli company, which specializes in the intermediation of contracts in sports, reports Xinhua news agency.

The match will take place at the 30,700-seat Sammy Ofer municipal stadium in Haifa.

Brazil`s team will be composed of players who won the World Cup in 1994 and 2002 and is expected to include Rivaldo, Roberto Carlos, Ricardo Kaká, Marcelo Goncalves, Giovanni, Aldair, Julio Cesar Baptista, Cesar Sampaio.

The Israeli team will feature Jewish, Christian and Muslim players, who will be led by former Israeli national team coach Shlomo Scharf.

The goal of this project is to bring people together through the sport that bridges the gaps between cultures.

Accordingly, children from the Israel settlements near the border with Gaza Strip will be invited to the game, along with Palestinian children.

According to the contract, a medical-support technology conference will be held in Haifa the day after the game, in which companies from Israel and well-known guests from abroad will participate.