Third-tier Kaiserslautern beat Mainz 2-0 in front of a 40,000 home crowd while Augsburg crashed out at fourth-division club SC Verl 2-1. 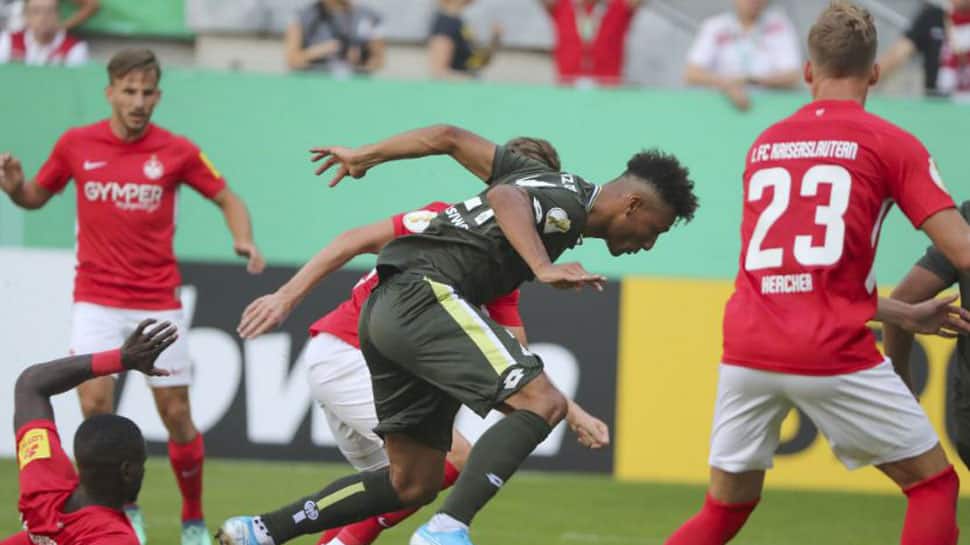 Bundesliga clubs Mainz 05 and Augsburg became the first top-tier clubs to crash out of the German Cup on Saturday after suffering shock first-round losses to a regional league and third division club respectively.

Third-tier Kaiserslautern beat Mainz 2-0 in front of a 40,000 home crowd while Augsburg crashed out at fourth-division club SC Verl 2-1.

Fellow Bundesliga club Hoffenheim were made to sweat against Wuerzburg after squandering a two-goal lead. They thought they had won it 3-2 with a 99th-minute goal from Adam Szalai but Wuerzburg levelled six minutes before the end of extra time only to lose the penalty shootout 5-2.

Schalke 04 found no resistance from TuS Drochtersen/Assel, winning 5-0, but many of Schalke`s fans protested against club president Clemens Toennies during the game by holding up red cards.

Toennies made comments last week which were perceived in some quarters as racist, leading to him stepping down from his position for a three-month period.