As Ajax look to export young talent, Real Madrid order it in

Ajax have enhanced their reputation as a talent factory due to the rise of homegrown Dutch players, while Real Madrid have shifted their attitude towards young players. 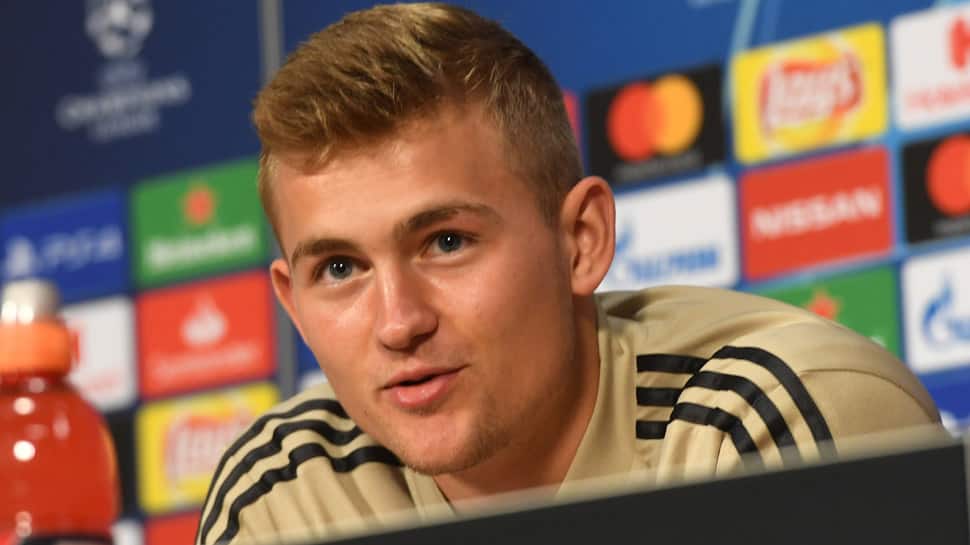 The Champions League last-16 first-leg match between Real Madrid and Ajax Amsterdam on Thursday is an intriguing clash of two European heavyweights who have made young players central to their strategies, but for very different reasons.

Ajax, four-times European Cup winners who are in the knockout stages for the first time in 13 years, have enhanced their reputation as a talent factory due to the rise of homegrown Dutch players Frenkie de Jong and Matthijs de Ligt.

Midfielder De Jong, 21, has agreed to join Barcelona next season for 75 million euros ($84.6 million) while defender and captain de Ligt, 19, is one of the most coveted players in Europe and odds-on to depart at the end of this campaign for a huge transfer fee.

Real, meanwhile, have shifted their attitude towards young players, ditching their infamous pursuit of 'Galacticos' like Cristiano Ronaldo, Kaka and James Rodriguez to target top young prospects instead.

Brazilian forward Vinicius Jr, 18, is the latest example of the new policy, spearheading a resurgent run of five straight La Liga victories and breathing life back into the European champions after a stop-start campaign.

Vinicius signed from Flamengo in 2017 for 40 million euros, an eye-watering fee for a player who had barely turned professional, but in a market where Paris St Germain's Neymar cost 222 m and Kylian Mbappe 180 m, the transfer looks like shrewd business.

The policy shows little sign of halting, with Brazilian forward Rodrygo, also 18, set to join in June after agreeing a 50 million-euro move from Santos, while Brahim Diaz, a 19-year-old Spanish winger, signed from Manchester City last month for 15 million, despite never making a Premier League start.

"The landscape of international football has transformed in a breathtaking way and we need to confront and adapt to this new reality," Real President Florentino Perez said, explaining why his club had spent over 200 million euros since 2014 on players aged 22 or under.

This strategy came under fire last year, though, during a miserable start to the post-Ronaldo era, with fans wondering why Perez had not reinvested the money from the sale of their all-time top scorer to Juventus in a world-class striker.

Real's recent revival, led by Vinicius, has curbed scrutiny of Perez for now, even though the Brazilian's rapid rise is a rare success story in the club's concerted attempt to bring in the world's most talented youngsters.

Dani Ceballos, a breakout player at Real Betis who chose Madrid over Barcelona, is yet to establish himself as a regular starter and neither has right back Alvaro Odriozola, a 30-million-euro recruit from Real Sociedad last year.

Theo Hernandez, who made a controversial switch from neighbours Atletico Madrid, has been sent out on loan to Real Sociedad after a disappointing first year, while defender Jesus Vallejo has been plagued by injuries.

Even Marco Asensio, who developed into a leading Spain international after joining Real from Mallorca in 2014, has seen his stock fall.

"Market forces have changed from the 'Galactico' era and Florentino is now focused on searching the world for young Kakas," said former Real player Jorge Valdano.

He added, "The idea is good, the timing is not. These brilliant talents need protection, which Real Madrid cannot offer."

While Vinicius and homegrown 22-year-old defender Sergio Reguilon are likely to start against Ajax, the rest of Santiago Solari's side are in their late 20s or early 30s.

Unless more young players follow in the footsteps of Vinicius, Real may struggle to convince future prospects that the Santiago Bernabeu is the best place to launch a successful career.