The win puts Juventus top of the group on four points and ahead of second-placed Atletico Madrid, who won 2-0 away to third-placed Lokomotiv Moscow, on goal difference 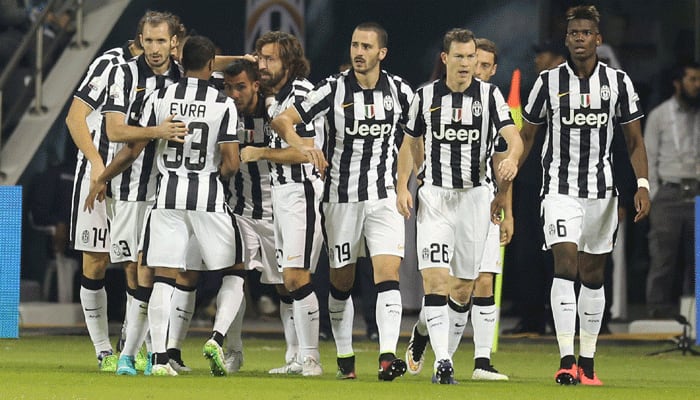 Argentinian striker Gonzalo Higuain scored one goal and made another, while Cristiano Ronaldo added the third, as Juventus cruised to a 3-0 win over Bayer Leverkusen to go top of Champions League Group D on a rainy night in Turin on Tuesday.

Juventus, who threw away a two-goal lead to draw 2-2 away to Atletico Madrid on opening day, paired Higuain with Ronaldo in attack and it did not take long for the move to pay off.

Goal-poacher Higuain exploited a disastrous attempt at a headed clearance by Jonathan Tah in the 17th minute, taking a touch before thumping the ball into the bottom left-hand corner to leave goalkeeper Lukas Hradecky no chance.

With Leverkusen enjoying plenty of possession but creating precious little in front of goal, Higuain turned provider in the second half, whipping in a low cross from the left for Federico Bernardeschi to sweep home Juve`s second.

Keeper Hradecky nearly conceded a third in the 70th minute, taking a bad touch on a back pass that almost steered the ball into his own goal and then trying to get out of trouble with a risky short pass before the danger was cleared.

Leverkusen`s best chance of the night fell to substitute Paulinho, but the 19-year-old Brazilian could not crown his Champions League debut with a goal and his lob went wide.

Portuguese attacker Ronaldo had a frustrating night in attack but after uncharacteristically missing some decent second-half chances, he slotted the ball through Hradecky`s legs to make it 3-0 in the 88th minute.

The win puts Juventus top of the group on four points and ahead of second-placed Atletico Madrid, who won 2-0 away to third-placed Lokomotiv Moscow, on goal difference. Leverkusen are bottom after their second straight defeat.