Champions League: Pressure back on as Real Madrid and Zinedine Zidane reunite with Juventus

Real face Zidane's former club in the first leg of the quarterfinal on Tuesday, knowing their season, and perhaps the Frenchman's future as coach, hinges on reaching the last four. 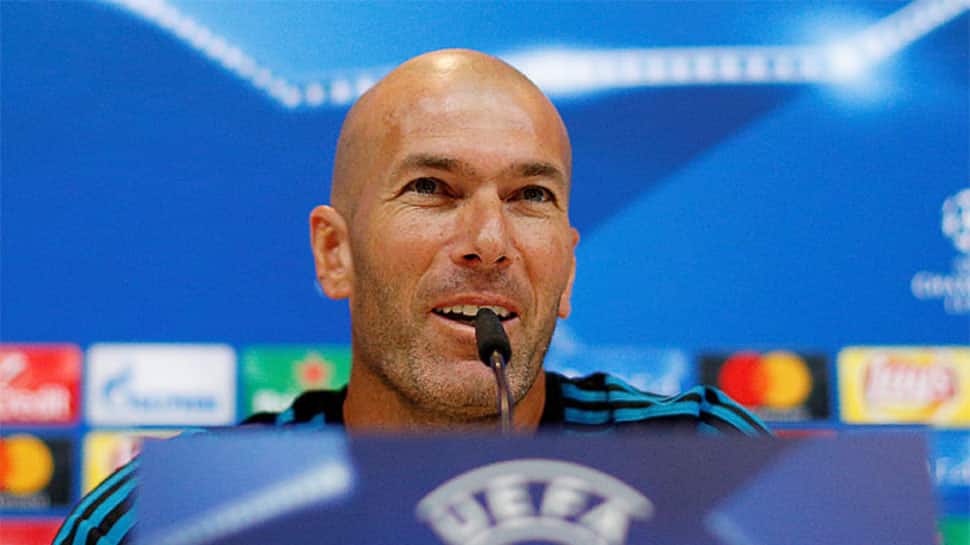 Madrid: Zinedine Zidane said last week he wants to stay at Real Madrid but how welcome his wishes are will depend on the team's Champions League tie against Juventus.

Real face Zidane's former club in the first leg of the quarterfinal on Tuesday, knowing their season, and perhaps the Frenchman's future as coach, hinges on reaching the last four.

It was the same in the previous round against Paris Saint-Germain. Real's limp La Liga title defence, combined with their early exit from the Copa del Rey, means they now have only one shot at winning a major trophy this term.

The mood in Madrid, however, is upbeat. Real have won 10 out of their last 11 matches, a run that has seen them brush aside PSG and move to within four points of second-placed Atletico Madrid in the league. They have scored 36 goals in that period, at an average of just over three a game.

"The match comes at a good time for us," Real forward Lucas Vazquez said. "We have been doing things well for the last few months, playing better, more goals, it's a good moment and now we have to try to take advantage of it in this tie."

Zidane therefore declared his intentions on Friday from a position of strength but lose to Juventus and his pledge might look more like a plea.

Despite winning back-to-back Champions Leagues and the La Liga title last year, he is still not immune to the weight of Real's expectation.

Zidane will be returning to Turin for the first time as a manager, his last outing as a player there coming in March 2005 when Real were beaten 2-0 by the Old Lady in the Champions League last 16.

David Trezeguet's goal and an extra-time winner from Marcelo Zalayeta sealed victory for Juve, then managed by Fabio Capello, against a Real side that included David Beckham, Ronaldo and Thomas Gravesen.

Thirteen years on, Gianluigi Buffon is the only player likely to make a repeat appearance this week but the two current teams need no introduction, their latest meeting coming in the competition's final last year.

That 4-1 victory remains the high-point of Zidane's Real tenure, not only because it earned him an unprecedented second consecutive Champions League crown but because of the sheer ruthlessness of the performance.

If Zidane uses the win in Cardiff as a reference point, it may be to the advantage of Isco, who was excellent there, having been picked ahead of Gareth Bale and Marco Asensio.

The same trio are now competing for the same spot on Tuesday, with an added competitor in Vazquez.

Isco trained on Sunday after missing Saturday's win over Las Palmas with a back problem and he may still be flying high from his hat-trick for Spain against Argentina last week.

Bale, meanwhile, played 90 minutes against Las Palmas, perhaps an ominous indicator for his prospects against Juve, but he could hardly have done more to state his case, after scoring twice in the 3-0 win.

For Juventus, who edged past Tottenham in the round of 16, it is an opportunity to avenge last year's loss and sustain hopes of an historic treble. They have won both Serie A and the Coppa Italia for the past three consecutive seasons, but each time fell short of adding the Champions League, twice losing in the final.

"We have the ambition to beat one of the best teams in the world, Real Madrid," coach Massimiliano Allegri said. "It will be a great game, but our priority remains Serie A. We will fight against Real Madrid with realism and ambition."

Juan Cuadrado and Giorgio Chiellini both returned from injury against AC Milan on Saturday while Allegri also hopes to have Federico Bernardeschi and Alex Sandro available again.

Real defender Nacho is a doubt after he pulled his hamstring against Las Palmas but Sergio Ramos trained on Sunday after overcoming a knock.