Chelsea are sixth in the table, two points behind fifth-placed Manchester United but with a game in hand. 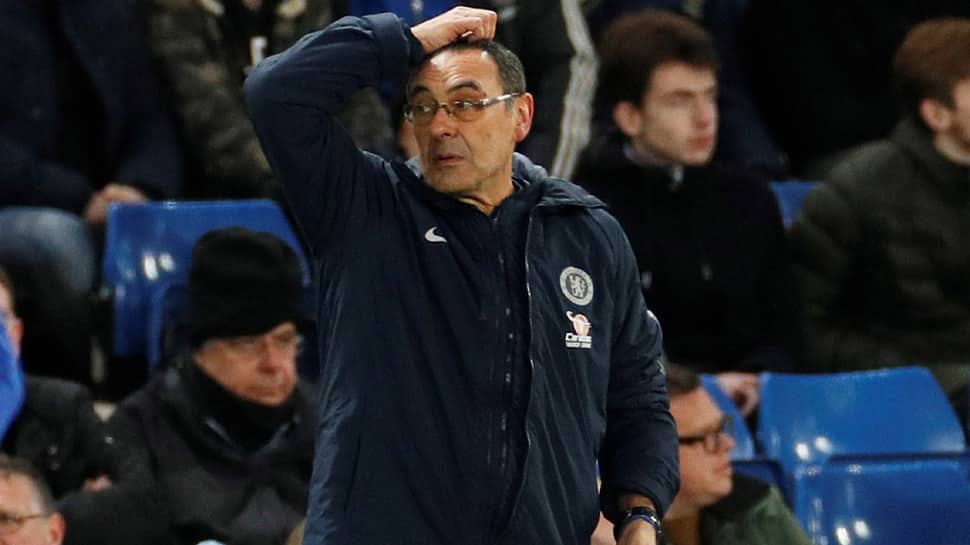 Chelsea manager Maurizio Sarri has warned his players to expect a reaction from relegation-threatened Fulham following the departure of Claudio Ranieri.

Fulham, 19th in the standings, sacked Ranieri as manager on Thursday following a dismal run of results and appointed Scott Parker as his caretaker replacement.

"Usually, when there is a change of coach, there is a reaction. And so we have to front the reaction," Sarri told reporters on Friday.

"Then it`s difficult for us to prepare the match to know their new systems and ideas. They also have opportunities to save themselves, so we`ll have to play a very difficult match, a derby."

The game on Sunday is Chelsea`s third in eight days after their penalty shootout defeat in the League Cup final by Manchester City and Wednesday`s win over Tottenham Hotspur.

"On Sunday, we played for 130 minutes and 95 minutes on Wednesday. So we need to value the recovery because we ran for 15km on Sunday on average, and the average in the last match was 12km," Sarri added.

Sarri said striker Gonzalo Higuain needed to improve his fitness to get back to his goal-scoring best, recalling the Argentine`s form at Napoli under his management when he equalled an Italian Serie A record 36 goals in a season in 2015-16.

"He (Higuain) needs more acceleration because now he is a little more resistant, without the acceleration that he had in Naples, for example," Sarri said.

"He needs to improve his physical condition, especially for the acceleration, and then he will be able to score, of course."

Chelsea are sixth in the table, two points behind fifth-placed Manchester United but with a game in hand.