Chelsea pull off 2-1 win over Arsenal in Premier League

Chelsea is still hanging onto fourth place in the Premier League standings, but Manchester United, the No. 5 club in the standings, is turning up the heat. 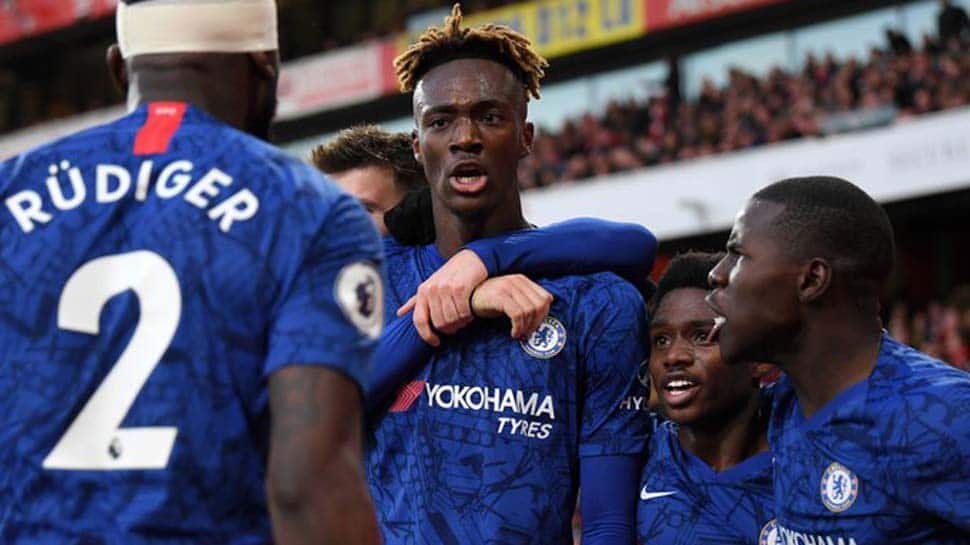 Chelsea rallied to beat Arsenal 2-1 in the Premier League action, ruining Mikel Arteta's return as coach of the Gunners.

"We were so awful for 30 minutes -- slow, lethargic, nervous. The opposite of against Tottenham. We gave Arsenal everything they wanted. We made the change early as we felt it had to be done. Second half we dominated," Efe news quoted Chelsea coach Frank Lampard as saying after Sunday's match.

Arsenal got off to a great start, thanks to a goal by Pierre-Emerick Aubameyang in the 13th minute.

Jorginho scored a goal in the 83rd minute, making it 1-1, and then Tammy Abraham delivered the knockout blow, nailing a goal in the 87th minute that made it 2-1 for Chelsea.

In his second match as Arsenal's coach, Arteta appeared to have his first win in hand after playing to a tie against Bournemouth.

"Our reaction was right, we were doing the right things, it is hard to dominate all periods of the game against this team. We started to defend too deep and our energy levels are in a different place to Chelsea's," Arteta said.

Lampard, for his part, said after the match that he told his players in no uncertain terms at the half that they needed to turn things around.

"From my point of view you can accept a miss-pass but you can't accept lethargy in a London derby. The players were told that and they delivered. The second half was nothing to do with tactics it was all to do with spirit and desire," he said.

Chelsea is still hanging onto fourth place in the Premier League standings, but Manchester United, the No. 5 club in the standings, is turning up the heat.

Lampard's squad had three losses and just one win in its last four outings and faced a must-win situation against the Gunners at London's Emirates Stadium.

Up next for Arsenal is Manchester United on New Year's Day at home, while Chelsea will be on the road against Brighton on the same matchday.