Chelsea to face Manchester United in FA Cup fifth round

Chelsea won last year`s final against Wembley 1-0, thanks to an Eden Hazard penalty. 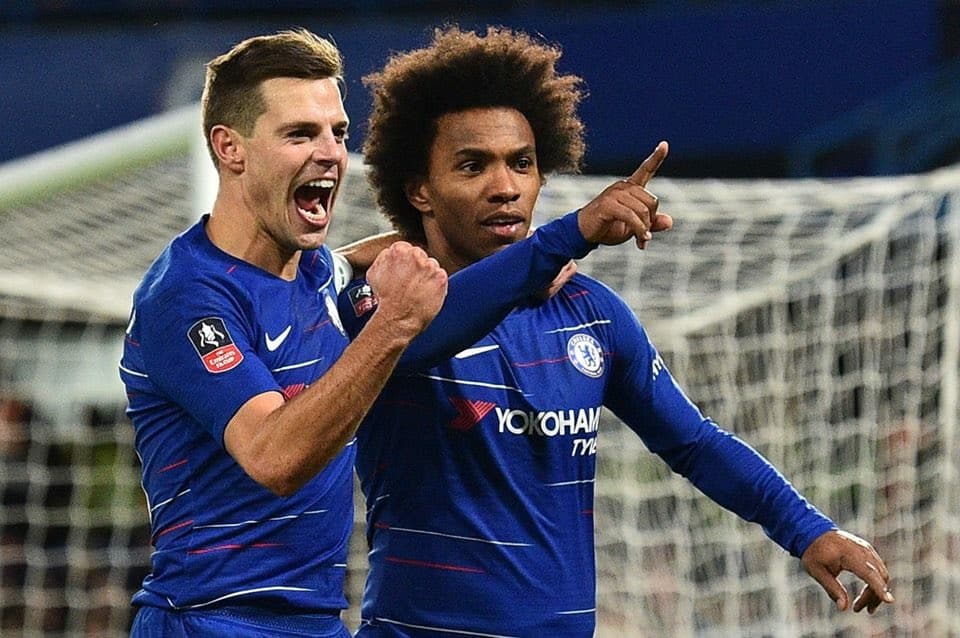 Holders Chelsea have been drawn to face Manchester United in the fifth round of the FA Cup, a repeat of last year`s final.

The Blues will face Manchester United at home in the fifth round of the FA Cup. pic.twitter.com/JBI9JBOpzH

With Arsenal, Tottenham Hotspur and Liverpool already out of the competition, Monday`s draw means that, at most, only two of the top six will progress to the quarter-finals.

Chelsea won last year`s final at Wembley 1-0 thanks to an Eden Hazard penalty.

Giant-killers Newport County, who play in League Two (fourth tier), could face Premier League champions Manchester City if they manage to win their replay against Middlesbrough.

Newport, who have already knocked out top-flight Leicester City, settled with a 1-1 draw against Middlesbrough on Saturday and host the replay on February 5.

Doncaster Rovers, who play in League One (third tier) and are in the fifth round for the first time in 63 years, will host Premier League club Crystal Palace.

League One AFC Wimbledon, who knocked out top-flight West Ham United, take on Championship (second-tier) Millwall, who eliminated Everton in the fourth round.