Bartomeu feels that this season was neither a season of excellence nor it was a season of failure. 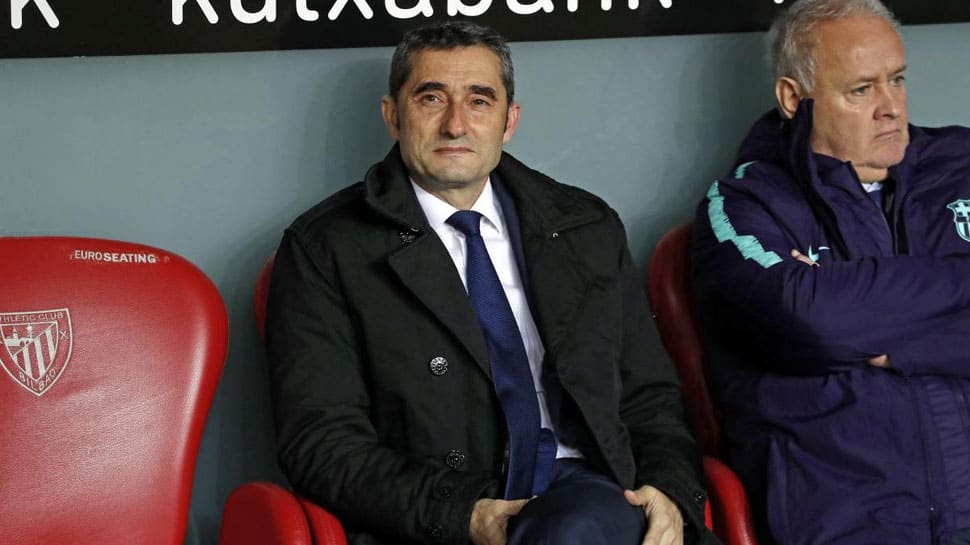 Valverde has been a topic of discussion since Barcelona got eliminated from the Champions League and there were many speculations regarding Valverde`s departure. Moreover, their defeat to Valencia on Saturday further exposed the coach to criticism.

However, Bartomeu cleared the air concerning Valverde`s stay in the club and backed him by saying that he is not the culprit.

"We have always said that Ernesto has a contract for next season. I do not think he`s the culprit. We had many opportunities, but they did not find the net. But count the goals and Valencia scored one more than us," Goal.com quoted Bartomeu, as saying.

Before the Copa del Rey final, Messi had come in support for his coach saying that Valverde did an impressive job and added that the players are the ones to be blamed for the Champions League defeat.

In this season, Barcelona only managed to bag the La Liga title as they finished as runner-up in the Copa del Rey and suffered a semi-finals exit in the Champions League.

Bartomeu feels that this season was neither a season of excellence nor it was a season of failure.

"It is not a season of excellence, but [nor is it one] of failure. We have reached the final of the Copa, the semi-finals of Champions League. In the end, we lost two games, but we are out of the Champions League and we are Copa runners-up," he said.

Talking about the defeat, Valverde said that he would want to lose in the final rather than losing in the quarters or in the last 16.

"If I were given the choice between falling in the final or in the quarters or last 16 I prefer in the final. It`s hard to face elimination, I feel good even though we all want to win," Valverde said.

'If we win Champions League, I might cry for one week': Mauricio Pochettino