Real Madrid and Leganes will now play in the second leg of the Copa del Rey last-16 tie on January 17. 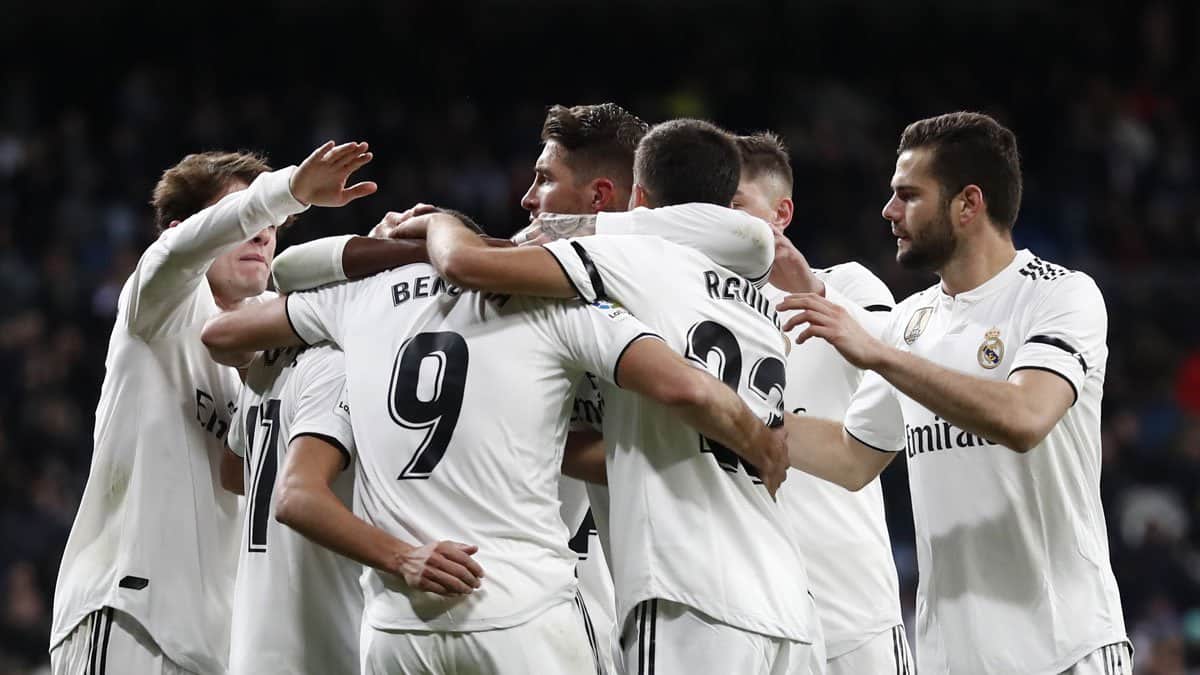 Real Madrid eased their recent troubles by securing a therapeutic 3-0 home win against Leganes in the first leg of their last-16 Copa del Rey tie at Santiago Bernabeu on Thursday.

Captain Sergio Ramos gave the floundering European champions the lead from the penalty spot shortly before halftime at a sparsely attended Santiago Bernabeu.

Lucas Vazquez doubled the lead midway through the second half after a mix up between the visiting defence and goalkeeper Ivan Cuellar.

Brazilian teenager Vinicius Jr brought the crowd to its feet with an outrageous volley to further stretch Madrid`s lead in the 78th minute, giving Santiago Solari`s side a huge advantage heading into next Wednesday`s return leg.

"Things haven`t been going our way and we haven`t been getting the right results, we were feeling angry and we unleashed that on the pitch," said Real defender Nacho.

Fans stayed away from Santiago Bernabeu on  Thursday after Sunday`s shock defeat by Real Sociedad left them 10 points adrift of leaders Barcelona in La Liga.

Solari, who has faced criticism for the team`s drab start to 2019, also said the team felt a sense of release after the victory after the Sociedad defeat and last week`s 2-2 draw at Villarreal.

"We played very well, we were solid and we deserved this result against a team that was very organised," he added.

Real Madrid and Leganes will now play in the second leg of the last-16 tie on January 17.