On Thursday evening, skipper Sunil Chhetri gave India the lead in the 24th minute and after a fine first-half showing, the Blue Tigers were minutes away from putting points on the board but Al-Mandhar Al Alawi scored a late brace to hand Oman the win. 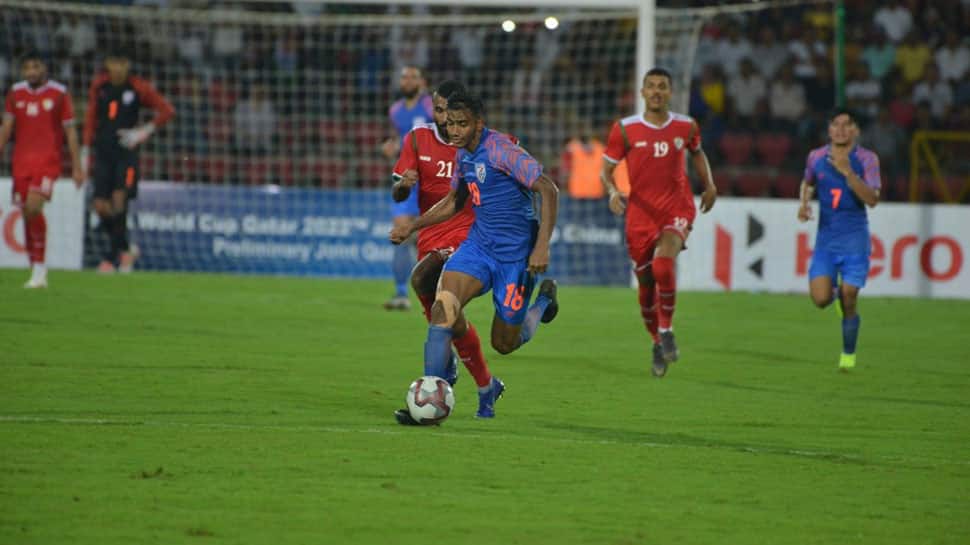 After suffering a heart-breaking defeat to Oman in their first match of the FIFA World Cup Qatar 2022 and AFC Asian Cup China 2023 joint qualifiers, India head coach Igor Stimac believes his team could have sealed the game had they scored more goals in the first half itself.

On Thursday evening, skipper Sunil Chhetri gave India the lead in the 24th minute and after a fine first-half showing, the Blue Tigers were minutes away from putting points on the board but Al-Mandhar Al Alawi scored a late brace to hand Oman the win.

Stimac stressed on how patience is the key, and that with time, the team would learn to "kill" games in the early stages of the match -- having created numerous scoring chances in the first 45 minutes in Guwahati.

"We could have scored many goals in the first half and killed the game then and there. My players are fitter than the Oman players, but they are more experienced. A time will come when we are not going to lose games like this and put the game to bed early. But for that, we need to continue working hard and be patient," Stimac was quoted as saying by the All India Football Federation.

The India head coach said that his players are quick learners and they need to make progress step-by-step.

"The players are quick learners and that's what makes me believe that we can do great things. We need to understand that we need to progress step-by-step," he stated. "This is the new face of India and we have a lot of positive things to talk about, so let's keep talking about them."

"Everyone could see a new Indian team on the pitch - a team that was different from before, and one that has a bright future. We have many more options now in terms of players to choose from and we need to keep working on ourselves and move forward," he added.

The Blue Tigers will next face defending Asian champions and the 2022 FIFA World Cup hosts Qatar in their next qualifying match in Doha on September 10.