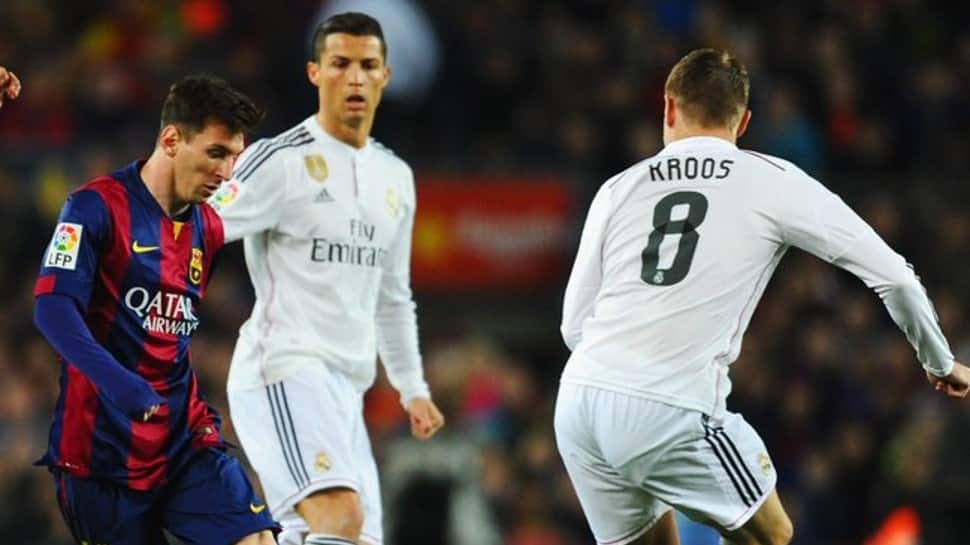 PSG star Lionel Messi won his seventh Ballon d'Or on Monday night (November 29) in Paris and broke his own record of being the footballer with the most golden balls. However, the 2014 World Cup winner Toni Kroos, who was Cristiano Ronaldo's teammate during his Real Madrid days was not happy about Messi winning the trophy.

In his official podcast the Real Madrid midfielder said "When I see how many decisive goals Cristiano has scored lately, Manchester United are still in the Champions League thanks to him alone - then, in my eyes, Cristiano would have also come before Messi."

Congrats to Leo Messi!!!
My choice would have been @Benzema!
Why? Listen here: https://t.co/rbN2Y4L6Pw
orhttps://t.co/o34Wdii7OT

Toni Kroos also highlighted his current teammate Karim Benzema's performance in 2021. Real Madrid striker Benzema has been in sensational form from the past one year and appreciating the same, Kroos said, "For me, Karim would have been the number one if you were really looking for the best individual player of the last year, because I can see from close quarters what an outstanding footballer he is."

Lionel Messi was the La Liga top scorer with 41 goals and 17 assists. Also, he won his first international trophy with Argentina- the Copa America, and also lift Copa del Rey with Barcelona. This performance guided the Argentine to his record-extending seventh Ballor d'Or.

Cristiano Ronaldo failed to get his hands on the UEFA Nations League and UEFA EURO 2020 trophy with Portugal, but he still managed to score 43 goals, 6 assists with winning the Coppa Italia and Supercoppa Italiana with Juventus. Alongside he was the top-scorer of EURO 2020 and Serie A.

Karim Benzema currently in the best form of his career scored 30 goals and provided 9 assists in the year 2021. Along with that, he won the UEFA Nationals League with France where he played a major role and scored some very important goals when his team needed.