Maradona last fell ill during the 2018 FIFA World Cup in Russia, where he was filmed passing out in an executive box at the Argentina-Nigeria game. 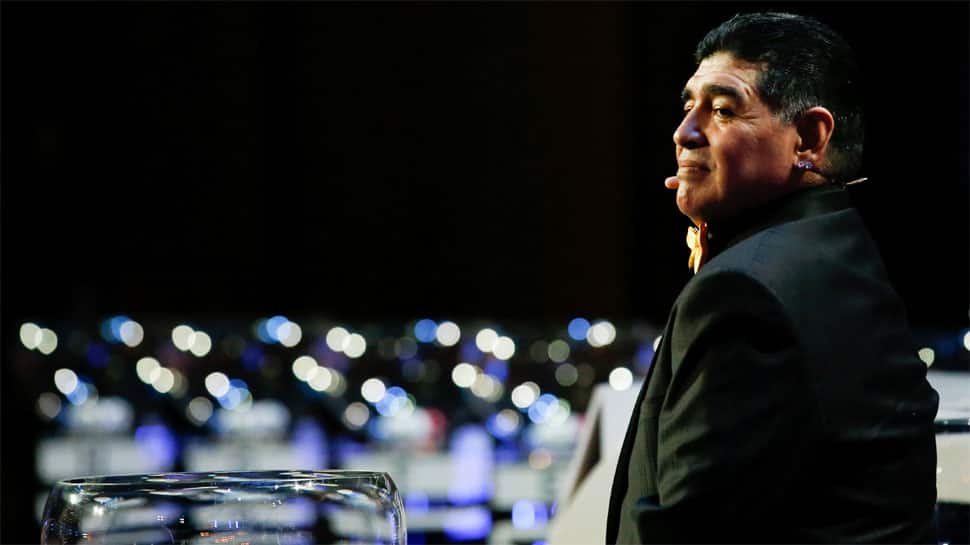 Argentine soccer great Diego Maradona was released from hospital after being admitted earlier on Friday with internal bleeding in the stomach which was discovered during routine examinations, his daughter Dalma said.

"For those who were really worried about my dad I can tell you that he is well," Dalma wrote on Twitter after fears over her father’s health spread. "He is going home soon."

The 58-year-old was having a routine medical in his homeland before returning to Mexico, where he is coach of second division side Dorados de Sinaloa, when doctors discovered the problem.

However, a source close to the family told that the problem was not serious and that the former Boca Juniors, Napoli and Barcelona midfielder, who famously led his country to the 1986 FIFA World Cup title, was not in any danger.

Another source said Maradona, who left the hospital without talking to the media, may have to undergo more tests.

Friday`s scare was the latest for Maradona, who has suffered frequent periods in hospital over the years, often due to the extravagant lifestyle that helped make him one of the most admired and iconic footballers of the 20th century.

He last fell ill during the 2018 FIFA World Cup in Russia, where he was filmed passing out in an executive box at the Argentina-Nigeria game. Argentina won 2-1 to reach the last-16, where they were knocked out of the tournament by eventual winners France.

Maradona was taken into hospital in 2004 with severe heart and respiratory problems linked to cocaine use. He later underwent drug rehabilitation in Cuba and Argentina before a stomach-stapling operation in 2005 helped him lose weight.

In 2007, he checked himself into a clinic in Buenos Aires to help him overcome alcohol abuse problems.

In recent months, he has walked with the aid of crutches due to problems with his knees.

The unexpected news of his admittance to hospital on Friday came just hours after Maradona’s lawyer confirmed he would coach in Mexico for a second consecutive season.

Maradona took over at struggling Dorados de Sinaloa in September and got them into the playoffs where they lost to Atletico San Luis.

“Diego Maradona has arranged to continue with the Dorados de Sinaloa and will stay as coach of the team for the whole season,” his agent Matias Morla wrote on Twitter.

The club said his assistant Jose Maria Martinez would lead the team until Maradona returned.