Maradona has suffered frequent periods in hospital over the years, often due to the extravagant lifestyle that helped him become one of the most admired players of the 20th century. 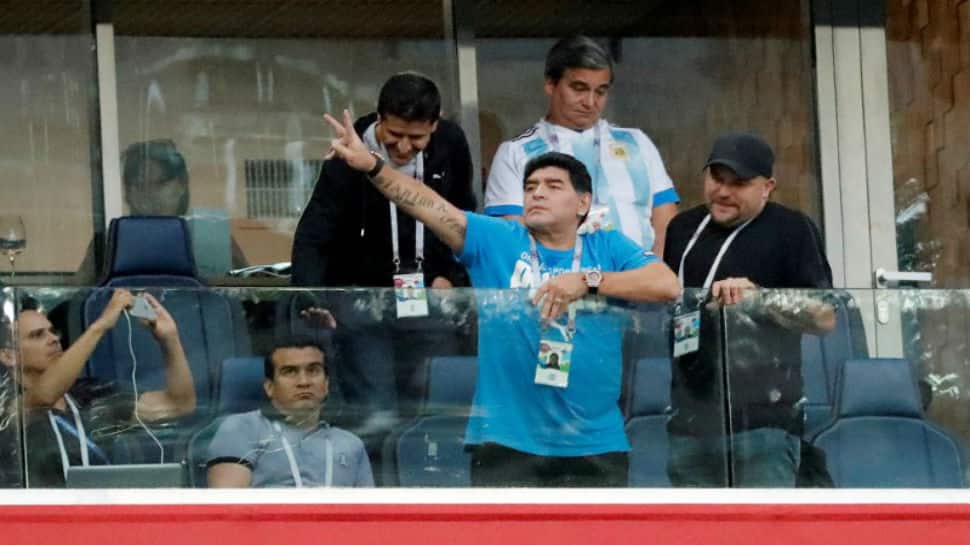 Matias Morla, the lawyer of Argentina`s World Cup winning captain Diego Maradona, has announced that his client was recovering in hospital after successfully undergoing a routine operation for stomach bleeding.

The 58-year old former Boca Juniors and Napoli player discovered the problem in early January during a check up at a hospital in Olivos, on the outskirts of Buenos Aires.

Saturday`s operation, to stem bleeding caused by a hernia, was not complicated but aimed to resolve what one source told Reuters were "inconveniences" caused by the issue.

Maradona has suffered frequent periods in hospital over the years, often due to the extravagant lifestyle that helped him become one of the most admired players of the 20th century.

He last fell ill at the 2018 World Cup in Russia, where he was fainted in an executive box at the Argentina-Nigeria game.

Maradona was taken into hospital in 2004 with severe heart and respiratory problems linked to cocaine use. He later underwent drug rehabilitation in Cuba and Argentina before a stomach-stapling operation in 2005 helped him lose weight.

In 2007, he checked himself into a clinic in Buenos Aires to help him overcome alcohol abuse problems.

In recent months, he has walked with the aid of crutches due to problems with his knees. Doctors discovered the bleeding shortly before Maradona was due to fly to Mexico, where he is the coach of second division side Dorados de Sinaloa.

Morla said that Maradona would return to lead the club for a second season as soon as his recuperation was complete.

"Now we wait for the recovery, so Diego can return to work as soon as possible," Morla said.