"I am now ready to take the next step in my career and perform at the highest level and there is no higher standard than Manchester United," Donny expressed. 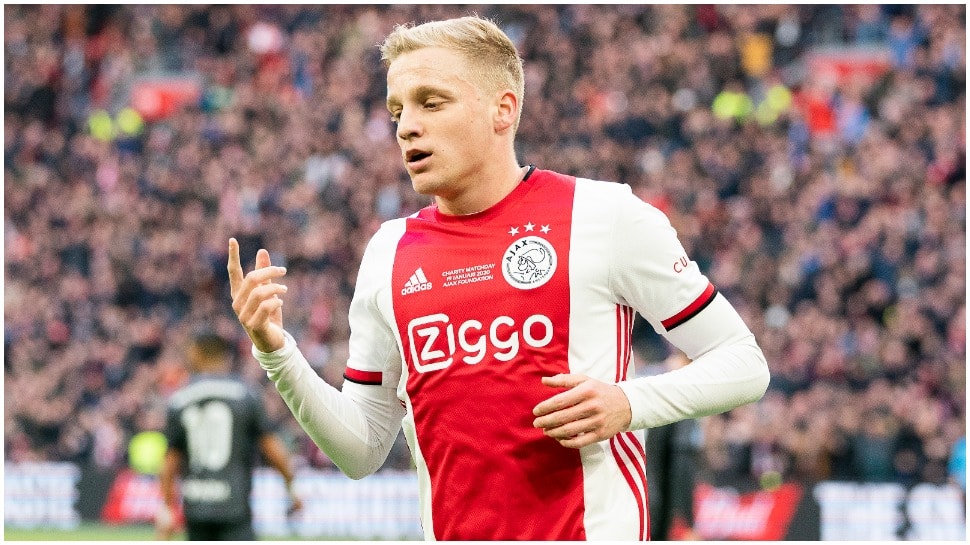 Manchester: The Premier League club Manchester United on Wednesday (September 2, 2020) finally ended the speculations revolving around the signing of Ajax's Donny van de Beek and said that they have signed a five-year contract with the 23-year old, with an option to extend for a further year.

The Netherlands international who came through the ranks of the Ajax youth system made his senior debut in 2015. He contributed 10 goals and 11 assists in 37 games before the end of Eredivisie's last season.

"I cannot begin to explain how incredible an opportunity it is to join a club with such an amazing history. I would like to thank everyone at Ajax. I grew up there and I will always have a special bond with the club," Donny was quoted saying by Manchester United's official website.

Donny expressed, "I am now ready to take the next step in my career and perform at the highest level and there is no higher standard than Manchester United. Everyone has told me how amazing the Old Trafford atmosphere is and I am looking forward to experiencing that, once it is safe for the fans to return."

It's time to take it up a notch #MUFC @Donny_Beek6 pic.twitter.com/qeVpil7Y3D

“He added, "This team has some of the best midfielders in the world and I know that I can learn from them and also bring my own strengths to the group. Having spoken to the manager about his vision for this team, the direction that the club is going in is hugely exciting and I cannot wait to be a part of that."

Donny is experienced in European competitions and interestingly has appeared in the 2017 Europa League final against United. He also played a key role in Ajax's semi-finals journey in the Champions League in 2019.

We can't wait to see what the next chapter holds! #MUFC @Donny_Beek6 pic.twitter.com/Gskd6Ry8ob

The Red Devils' head coach Ole Gunnar Solskjaer said, "Donny has all of the technical attributes needed to perform in this team and has the personality required to succeed at Manchester United. His ability to see space, time his movements and read the game will really complement the qualities that we have in midfield and his arrival really strengthens the depth of talent we have in that position."

The Norwegian added, "Donny’s performances in the Eredivisie and in Europe have been excellent over the last few years and we are all looking forward to working with him."