United made history in the last-16 by overturning a 2-0 home defeat against Paris St Germain to win the tie on away goals with a dramatic 3-1 victory in the French capital. 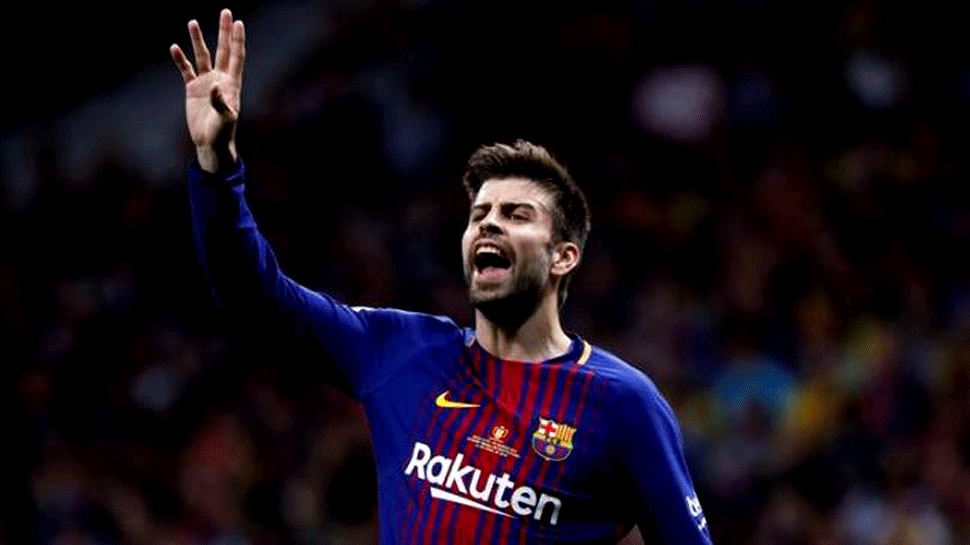 Barcelona defender Gerard Pique has urged his side to make sure they do not leave Manchester United room for another heroic comeback in the Champions League when they visit Old Trafford in Wednesday`s eagerly-awaited quarter-final first leg.

United made history in the last-16 by overturning a 2-0 home defeat against Paris St Germain to win the tie on away goals with a dramatic 3-1 victory in the French capital, underlining the club`s reputation for stirring European revivals.

"The PSG game should serve as an example for us that you cannot afford to leave Manchester United alive, if you can beat them with lots of goals then you have to do it," Pique told a news conference on Tuesday.

"In the first leg PSG were the better side, they scored two goals and they could have scored more. United have a great history, in the second leg they played with lots of young lads from their academy and they still qualified.

"That game should remind us that we have to be very concentrated, as United are a very dangerous team."

Pique, 32, spent his first years as a professional with United, joining the club aged 17 but returning to Barca in 2008 after failing to hold down a place in the team due to fierce competition from Rio Ferdinand and Nemanja Vidic.

Pique has turned into one of Barcelona`s best ever defenders in his 11 years back at his boyhood club and is on course to win an eighth La Liga title with the Catalans, who are also in the Copa del Rey final and have the treble within their sights.

But he said his experience at United was invaluable to his development.

"I went from being kid to an adult here, I had my first experiences as a professional and some crazy experiences off the pitch. I came here alone, without my family, I learned a lot and I left a completely different person," he recalled.

Pique also said United coach Ole Gunnar Solskjaer helped him through difficult times in Manchester when they were teammates, and he praised the former Norway forward for reviving the club`s fortunes since succeeding Jose Mourinho in December.

"I remember Ole as a great teammate, I was 17 and he was a veteran and for sure he helped me adapt to the club, to the country and to the city," Pique added.

"It was a great experience to train alongside him, he helped me a lot so I`m happy to see him in charge of Manchester United. He`s done a great job, won lots of games and got them playing much better. Tomorrow will be tough and I hope we can win."