England beat Nigeria 2-1 in a friendly on Saturday that provided some clues as to how coach Gareth Southgate will line up his still experimental side when the World Cup gets underway in two weeks time. 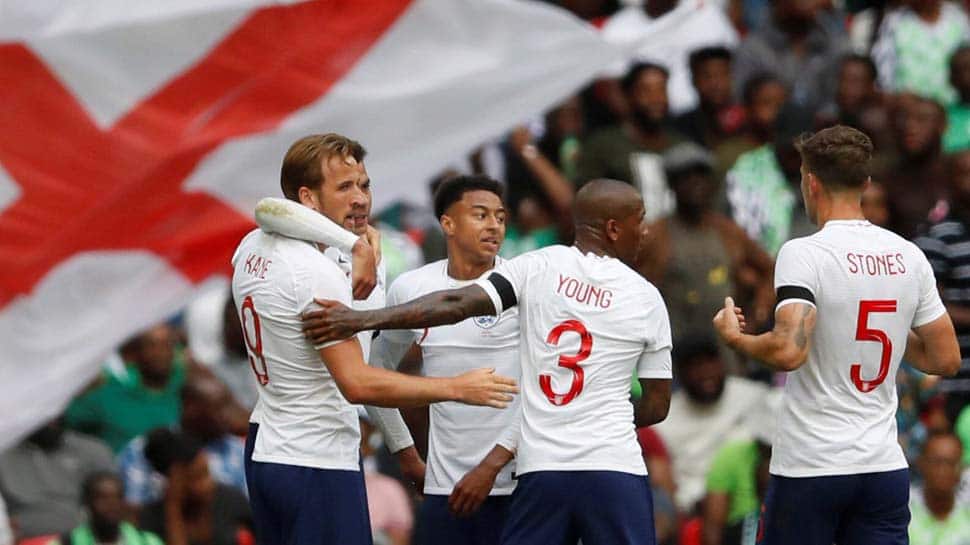 LONDON: England beat Nigeria 2-1 in a friendly on Saturday that provided some clues as to how coach Gareth Southgate will line up his still experimental side when the World Cup gets underway in two weeks time.

First-half goals from Gary Cahill and captain Harry Kane helped England to victory at Wembley Stadium in their penultimate warm-up match before taking on Tunisia, Panama and Belgium in Group G in Russia.

But the game represented little as a true test for England who benefited from a string of first-half errors by Nigeria.

The Africans, who also head to Russia later this month, pulled a goal back shortly after the break through Alex Iwobi but only fleetingly threatened the hosts for much of the game.

Southgate has yet to settle on his preferred starting team and fielded Jesse Lingard alongside fellow attacking midfielder Dele Alli on Saturday, providing England with pace and creativity that led to a string of first-half chances.

Wing backs Kieran Trippier and Ashley Young added to England's attacking power. With Jordan Henderson rested after his appearance for Liverpool in the Champions League final a week earlier, Eric Dier looked confident as the holding player in midfield.

Southgate will take comfort from the performance of Cahill whose powerful headed goal from a corner after seven minutes will strengthen his claim for a place in the heart of defence.

The Three Lions took control of the game in the 39th minute when Kane drilled a shot from the edge of the penalty area and Nigeria goalkeeper Francis Uzoho allowed it to squeeze past him.

The Super Eagles will need to improve when they take on Croatia, Iceland and Argentina in Group D in Russia.

England are due to finish their preparations for the World Cup with a friendly against Costa Rica in Leeds on June 7. Nigeria play the Czech Republic in a friendly on June 6.