Cardiff, who scored for the first time in four league games, remain third from bottom. 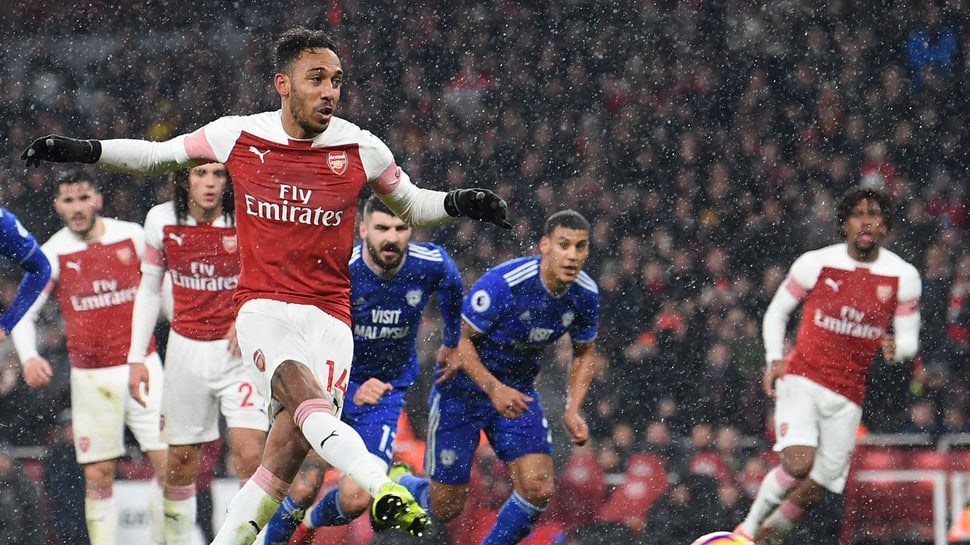 Arsenal`s Pierre-Emerick Aubameyang and Alexandre Lacazette struck second-half goals to earn a 2-1 win over relegation-threatened Cardiff City in the Premier League at an emotional Emirates Stadium on Tuesday.

Unai Emery`s side then made their overwhelming territorial superiority count as Lacazette scored a beauty in the 83rd minute, dribbling past Cardiff skipper Sol Bamba before drilling a shot into the corner.
Nathaniel Mendez-Laing scored a late consolation for Cardiff.

The match began in sombre fashion with tributes being made to Cardiff City`s Argentine striker Emiliano Sala who has been missing since a plane carrying him to Britain from Nantes last Monday disappeared over the English Channel.

It was Cardiff`s first game since Argentine striker Sala, who had not played for the club since joining from Nantes, went missing. Bamba and Arsenal skipper Mesut Ozil both placed bunches of daffodils on the pitch.

Fifth-placed Arsenal`s sixth successive home league win lifted them level on 47 points with Chelsea, who will play against Bournemouth in their next clash on Thursday.

Cardiff, who scored for the first time in four league games, remain third from bottom.