Chelsea's loss at the Etihad Stadium was their worst defeat in Premier League history and the London club have dropped to sixth in the standings. 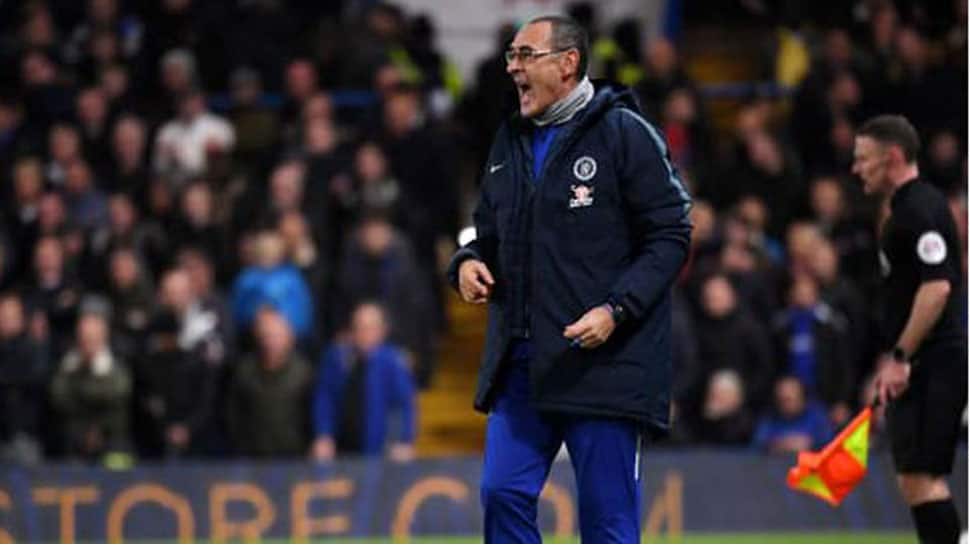 Chelsea must show an immediate reaction to their 0-6 Premier League drubbing at Manchester City, manager Maurizio Sarri has said, adding that he held an hour-long discussion with the players to dissect the loss.

Chelsea's capitulation at the Etihad Stadium was their worst defeat in Premier League history and the London club have dropped to sixth in the standings.

The pressure has since mounted on Sarri, who conducted a similar hour-long inquest in the dressing room after their 0-4 league defeat at Bournemouth.

"We talked all together for one hour the day after the match. I think that it's better to work, better to react on the pitch," Sarri told reporters ahead of Thursday's Europa League last 32 clash at Swedish side Malmo.

Malmo, who do not start their Swedish league season until April, are playing their first game of the year but Sarri believes their defensive shape will cause Chelsea problems.

"They are compact, they are solid. They have usually a very good defensive phase, so it won't be easy. But we want to win and react immediately," Sarri signed off.