With seconds remaining, Villa`s Henri Lansbury fired into the corner of the Palace net but, instead of awarding the goal, the official booked Jack Grealish for a dive in the build-up. 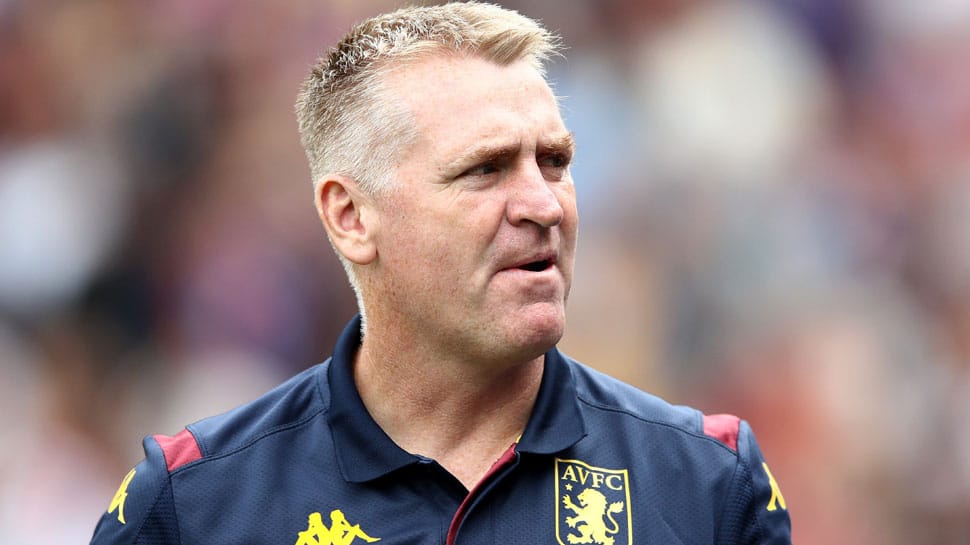 Aston Villa manager Dean Smith lashed out at the failure of VAR to overturn the referee`s decision to deny his side a late equaliser in the 1-0 defeat to Crystal Palace on Saturday.

With seconds remaining, Villa`s Henri Lansbury fired into the corner of the Palace net but, instead of awarding the goal, the official booked Jack Grealish for a dive in the build-up.

TV replays showed contact between Grealish and Palace`s Wilfried Zaha, who cut across the midfielder and appeared to make him stumble into the path of Gary Cahill as the ball broke loose to Lansbury.

The sequence of events would have been considered by VAR, but officials did not move to change the referee`s original decision, leaving Smith furious.

"Nobody can understand why it wasn`t given. I can`t see anything, he got a nudge by Zaha in the back, as he offloads it, Cahill gives him one as well. Simulation? no chance! It`s a perfectly good goal rubbed off today. I haven`t seen the referee yet. I`d probably get the usual waffle but we know it`s a poor decision. I believe any goal goes to VAR."

"If you`re Jack Grealish I`d be raging, he`s having his integrity questioned. Not only by officials here but in Stockwell Park (where VAR officials watch the game) as well."

VAR has had a controversial introduction to the Premier League this season, with several decisions attracting debate.

The Premier League later sought to clarify the situation by suggesting VAR officials did not intervene because the referee, Kevin Friend, had blown for an offense before the ball went into the net.

"The referee considered that Jack Grealish committed an act of simulation in the penalty area, and blew his whistle to stop the game before the ball went into the goal," it said in a statement.

But that did little to appease Villa, with midfielder John McGinn said they had been robbed of a point.

"We`re disappointed, to say the least. There`s not much we`re allowed to say other than we`ve seen the replay and it speaks for itself. We`ve been robbed of a point that we deserved but we have to pick ourselves up."

Palace manager Roy Hodgson said: "Lucky for us the referee had made his decision before the ball had gone in the net and that was to give the free-kick. I don`t think we need to apologise at all for the fact that we won the game."