EPL: Fulham in deep trouble with 1-3 defeat to West Ham

Claudio Ranieri`s 19th-placed side made the ideal start, grabbing the lead in the third minute with former Liverpool forward Ryan Babel scoring from close range after he had earlier missed a golden chance. 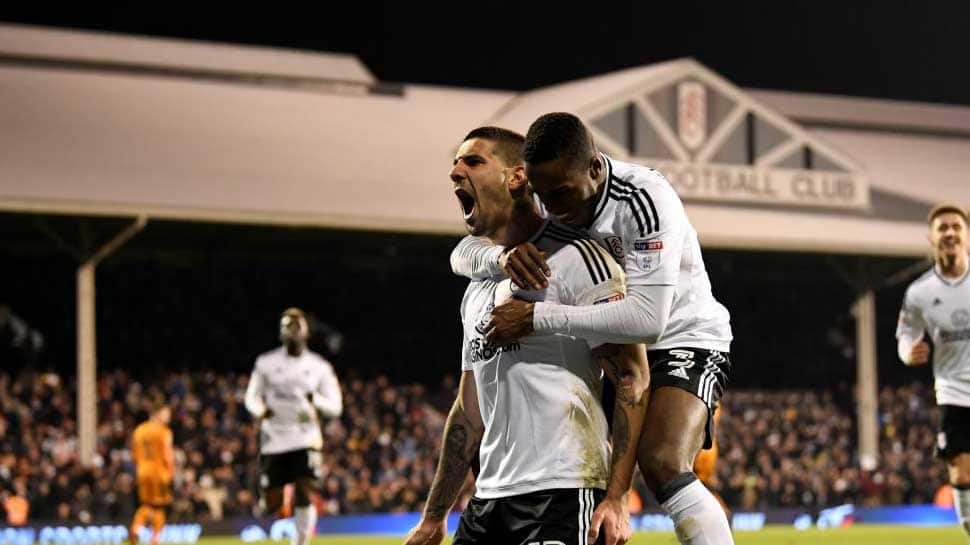 Fulham fell deeper into relegation trouble with a 1-3 Premier League defeat against West Ham United at London Stadium on Friday.

Claudio Ranieri`s 19th-placed side made the ideal start, grabbing the lead in the third minute with former Liverpool forward Ryan Babel scoring from close range after he had earlier missed a golden chance.

There was controversy about West Ham`s equaliser when Mexican striker Javier Hernandez stooped to head in from close range but replays suggested the ball went in off his arm.

Issa Diop`s first Premier League goal, with a header five minutes before the break, put West Ham in charge and while Fulham produced some decent football after the break, they rarely threatened.

Marko Arnautovic and Manuel Lanzini made their returns for West Ham as substitutes.

But it was not until stoppage time that the Hammers made sure of the win as Michail Antonio powerfully headed home a cross from Arnautovic.

Not surprisingly, Ranieri was upset about West Ham`s equaliser.

"We created very good chances and it was a pity that the referee didn`t see the handball. VAR is very important for next season," said the Italian.

"But we never give up. We concentrate now for the next match. It`s important to recover very soon the energy and psychologically as well. I change so many times, five at the back, four, to try to find a solution. But when the other teams have more quality and more experience it`s very tough. We continue to try to find the solution," he said.

West Ham manager Manuel Pellegrini admitted that Hernandez`s goal should have been ruled out.

"From my position I couldn`t see the handball, I have seen it since and it is handball. Nobody saw it very clearly at the time, there was not too many complaints. I don`t think that the goal decided the game," he said.

"We started the game asleep, the first 10 minutes was unbelievable. After that we played a very good game. We scored three goals and had three or four clear chances," Pellegrini added.