Defeat left Fulham seven points behind 17th-placed Newcastle United and facing an increasingly difficult task to avoid being relegated back to the Championship. 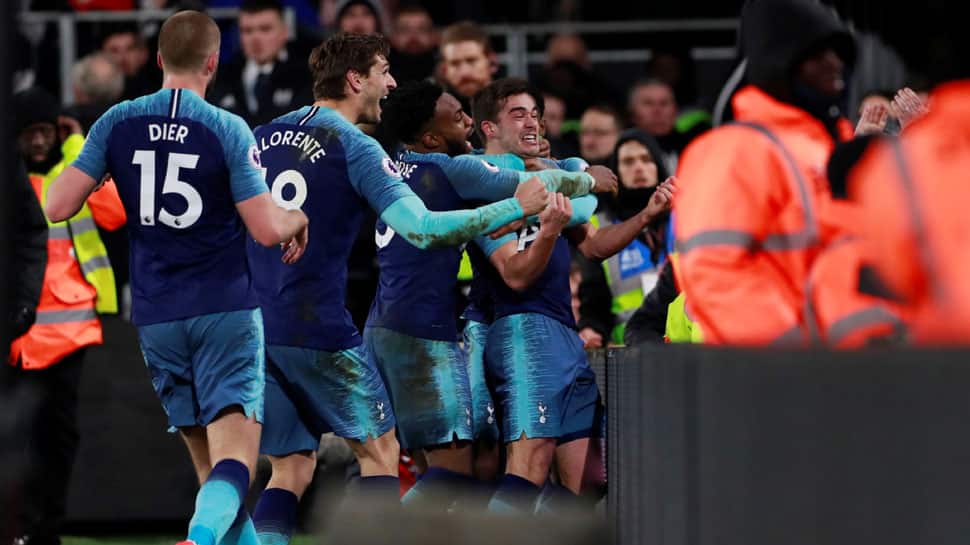 Fernando Llorente`s blushes were spared as Tottenham Hotspur recovered from his early own goal to grab a last-gasp 2-1 victory over lowly Fulham in the Premier League at Craven Cottage on Sunday.

The Spanish striker, starting in place of the injured Harry Kane, put past his keeper Hugo Lloris in the 14th minute but Dele Alli`s second-half header levelled it up and Harry Winks headed home seconds from the end of stoppage-time.

It was a heartbreaker for Fulham who deserved a point but injury-hit Tottenham opened up a four-point gap over fourth-placed Chelsea and restored their seven-point advantage over Arsenal and Manchester United.

Until Harry Winks`s late intervention the story looked set to be all about Llorente`s struggles after he was given a rare league start in the absence of injured talisman Kane.

Not only did his clumsy clearance put his side behind but he also missed a golden late chance to give Spurs the lead.

Luckily for him, Alli was more ruthless as he headed in Christian Eriksen`s delivery in the 51st minute.

With Tottenham`s first draw of the season looming, substitute Georges-Kevin N`koudou`s superb diagonal cross allowed Winks to steal a yard and head past Fulham keeper Sergio Rico for his first goal for more than two years.

Defeat left Fulham seven points behind 17th-placed Newcastle United and facing an increasingly difficult task to avoid being relegated back to the Championship.