EPL: Huddersfield in deep trouble after 1-2 loss to Burnley

Burnley climb out of the bottom three and up to 16th spot with their second win in a row but Huddersfield are rooted to the bottom of the table now eight points from safety. 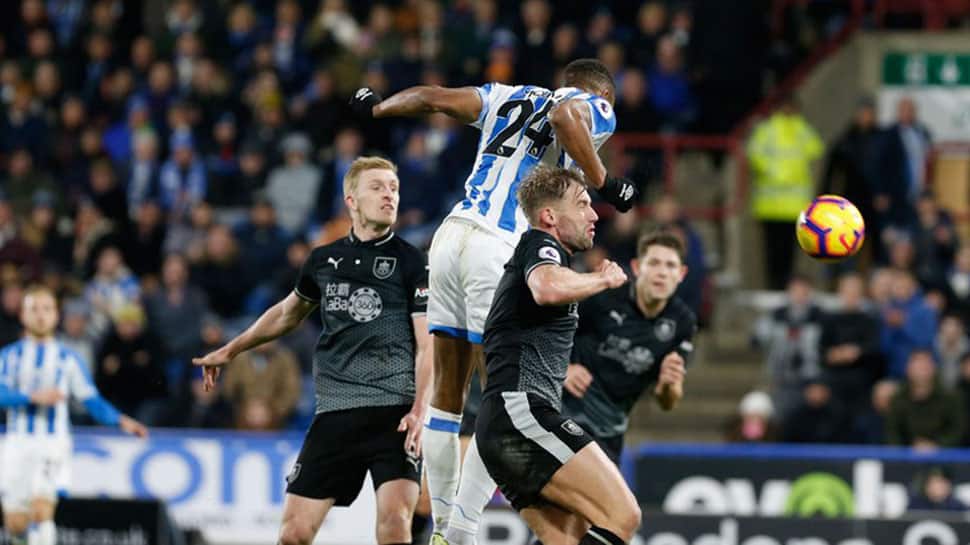 Huddersfield Town suffered a record eighth straight defeat as they fell to a 1-2 home loss to fellow strugglers Burnley at the John Smiths Stadium on Thursday.

Sean Dyche`s Burnley climb out of the bottom three and up to 16th spot with their second win in a row but Huddersfield are rooted to the bottom of the table now eight points from safety.

Burnley went close to an opener in the 31st minute when Ben Mee met an Ashley Westwood free-kick with a powerful header which Town keeper Jonas Lossl did well to keep out.

Two minutes later though, Huddersfield grabbed the lead when Steve Mounie snuck between two Burnley defenders to head home a swinging cross from the left by Isaac Mbenza, the striker`s first goal of the season.

The home crowd`s joy was short lived though as Burnley drew level in the 40th minute when Chris Wood turned in a low cross from Dwight McNeil, the Kiwi`s second goal in as many games.

The 19-year-old McNeil, released from Manchester United`s academy as a 14-year-old, started just his third league game but again showed his promise with some clever touches and comfort on the ball.

A minute later, the game turned against Huddersfield when they found themselves down to 10 men after defender Christopher Schindler was sent off for a second yellow card after hauling down McNeil on the edge of the area.

Burnley were well on top after the break but it was not until the 74th minute that they were able to get in front when Ashley Barnes finished off a well constructed move with a confident side-foot finish.

The visitors had substitute Robbie Brady sent off in the final minute of normal time for a lunging foul from behind on Mbenza and survived some late pressure from the Yorkshire side.

But a miserly return of 10 points from their opening 21 games leaves Huddersfield needing to defy the odds if they are to survive again, after last season`s late escape.

"Statistically 100 percent we are relegated because no team has survived with 10 points after 21 games but this doesn`t change that we have something in our mind of what we will do," said Town`s German manager David Wagner.

"We have beaten lot of statistics in the past. We know what we have to do. We have our plan to follow and this plan is independent of where we are in the table," he said, while adding he had no illusions that the club would be able to spend their way out of trouble in the January window.

Dyche said he was pleased to see Burnley, who also beat West Ham on Sunday after suffering a 5-1 home defeat to Everton on Boxing Day, refinding some of their resilience from last season.

"We had calmness and the belief is growing again in what we do. We scored a really good goal and then the sending off changes the feel of the game. Then it is difficult. It is game of patience and believing we will break them down and we did.

"We stayed focussed, shifting the ball and eventually scored with a really fine move," he said.