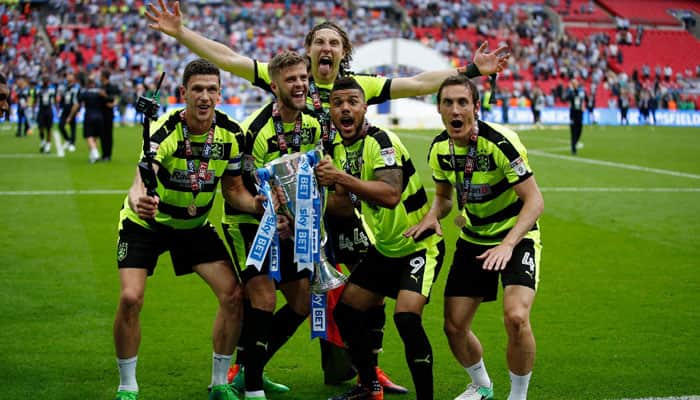 Huddersfield Town chairman Dean Hoyle has agreed to sell the club to businessman Phil Hodgkinson with the change of ownership expected to be completed during the close season.

A popular figure with supporters of the Yorkshire club, Hoyle took control of Huddersfield in 2009 and two years ago led them into the top flight for the first time in 45 years.

Huddersfield, who host Manchester United on Sunday, have been relegated to the Championship after a disappointing campaign during which they parted company with German manager David Wagner, who had guided them to promotion and kept them up in their first season in the Premier League.

“My heart doesn’t want me to sell the club and I believe the Manchester United game will probably be the most emotional day of my life," Hoyle said in a statement.

"However, my head is telling me that, after 10 years of total dedication and my recent ill health, I need to do what is right for myself, my family and Huddersfield Town and that is pass the reins to a new Chairman who can take our club to a new chapter in its history," he added.

The deal is subject to approval by football authorities but Hodgkinson, who has a long association with the club, said he was looking forward to taking over.

“Huddersfield Town is in my blood and has always been one of my greatest passions. I’m so excited to have the opportunity to take this club forward," he said.