Cardiff, in 17th place, did not manage a shot on target and Huddersfield will feel they should have picked up a rare win in South Wales. 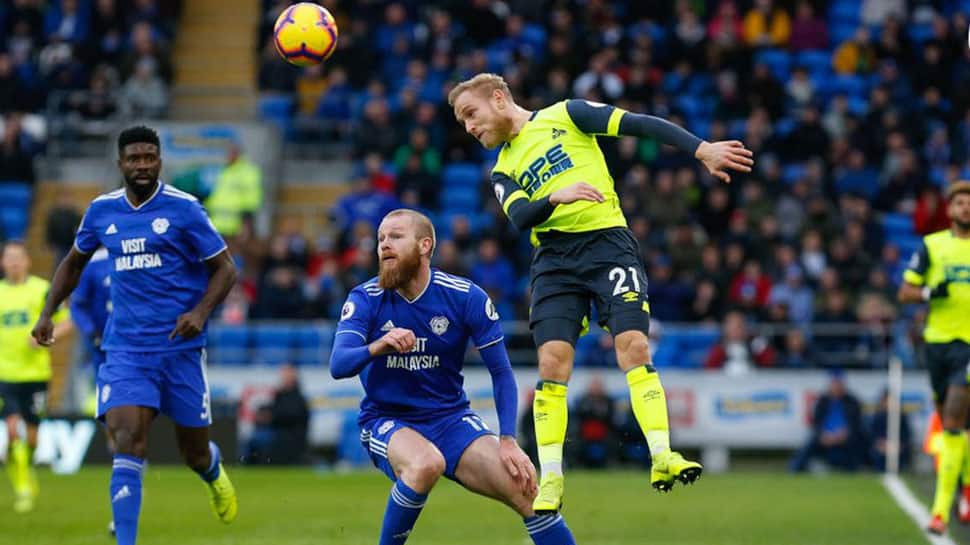 Bottom club Huddersfield Town ended their eight-match losing streak in the Premier League with a goalless draw at fellow strugglers Cardiff City on Saturday but were left fuming over a decision by referee Lee Mason.

Cardiff, in 17th place, did not manage a shot on target and Huddersfield will feel they should have picked up a rare win in South Wales.

The controversy came when Mason pointed to the spot after Florent Hadergjonaj went down under challenge from Joe Bennett, but changed his mind after consulting his assistant.

Huddersfield manager David Wagner said he had been unable to comprehend the explanation given to him by the assistant referee for the change of decision.

"There are four people in black and you have to ask them what was going on," said the German.

"I spoke to the linesman during the match and he said: `The first incident was not a foul and the second I don`t know,` but I don`t know what he means. It was clearly a penalty, the video footage speaks for itself and we have not got it. It makes no sense to waste my energy for something like this, but it was a big mistake."

Wagner said the decision could prove to be very costly for the struggling Yorkshire club.

"I really can`t find the words how this can happen. The fourth official had no idea either, he was as surprised as everyone else was. Decisions like this make tables and seasons. We have had so many decisions against us and I don`t know why," he said.

"The boys left everything on the grass, and only one team deserved something out of the game. One point is not enough, we needed to win."

Huddersfield, who had lost their previous six games at Cardiff in all competitions, had 61 percent of possession and Jason Puncheon and Steve Mounie both went close to a breakthrough.

Wagner`s side remain bottom on 11 points, eight points away from safety.

Cardiff captain Sean Morrison said his team did not produce enough for a victory.

"We wanted to take three points but with our performance we didn`t deserve to win the game and we`re disappointed.

"We`ve got better players than we have shown today and if we want to stay in the Premier League our performances need to be better and we need to create chances."

EPL: Watford come from behind to win 2-1 against Crystal Palace