Huddersfield had piled on the pressure in the second half but were unable to find a way through until Aaron Mooy`s cross found Karlan Grant at the back post. 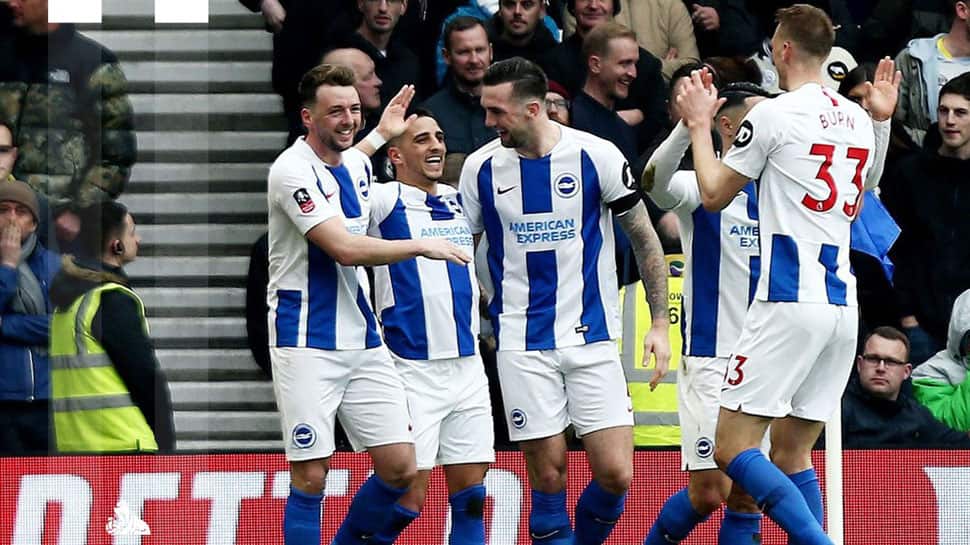 Bottom club Huddersfield Town earned their third Premier League win of the season as a stoppage-time goal from Steve Mounie gave them a 1-0 victory over Wolverhampton Wanderers on Tuesday.

Huddersfield had piled on the pressure in the second half but were unable to find a way through until Aaron Mooy`s cross found Karlan Grant at the back post.

Grant`s shot was saved by Wolves keeper Rui Patricio but Mounie pounced on the loose ball to bundle home the winner.

Mounie had earlier gone close with a header into the side netting while midfielder Jonathan Hogg headed over from a Grant cross.

Huddersfield have 14 points but remain in last place, 11 points behind 17th placed Cardiff City but German manager Jan Siewert was delighted with his first win since taking over from David Wagner in January.

"The staff, all the people who are working here deserve credit. You can feel the atmosphere of celebration. The first win is always special. The people working here are so brilliant, I am proud to be a part of them," said Siewert.

"You can`t believe how much the players suffered when they are not winning. They deserved everything form the game. They left their hearts on the pitch," he added.

While the odds remain strongly against the Yorkshire side surviving in the top flight, Siewert said they will continue to battle.

"Since the time I arrived, I said we still have a chance and we believe that. There are still games to go. We will keep on fighting," he said.