Leicester were handed a lifeline when West Ham captain Mark Noble was shown a red card for a studs-up challenge on Ndidi in the 38th minute. 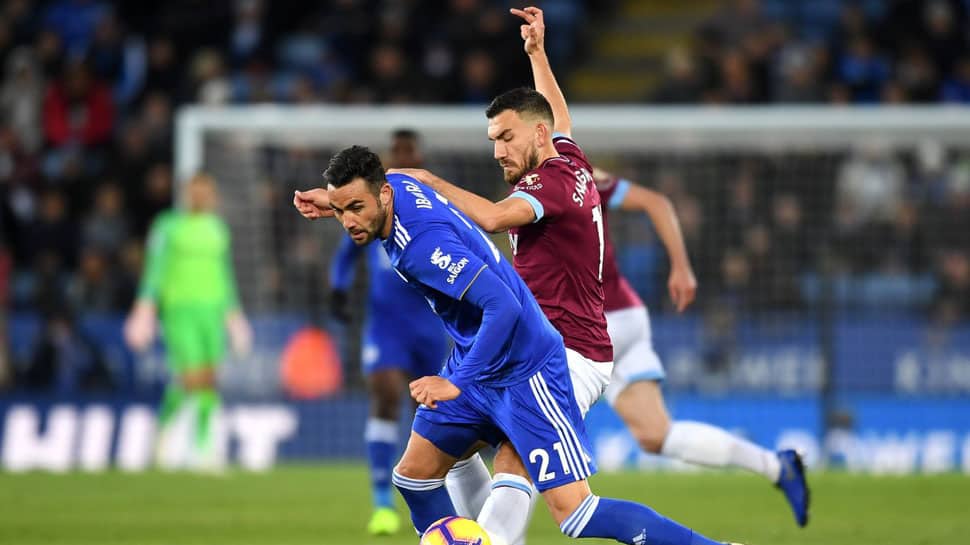 Wilfred Ndidi netted a dramatic late equaliser on Saturday to help Leicester City secure a 1-1 draw with West Ham United, who played more than half the game with 10 men after Mark Noble was shown a straight red card.

Despite missing a host of key players, including Marko Arnautovic, Manuel Pellegrini`s side thought they had secured all three points after Paraguay international Fabian Balbuena netted his first Premier League goal on the half-hour mark.

Felipe Anderson`s free-kick was headed back across goal by Declan Rice and Balbuena saw his initial header come back off the post. But he reacted fastest and fired the loose ball into the back of the net.

Leicester were handed a lifeline when West Ham captain Noble was shown a red card for a studs-up challenge on Ndidi in the 38th minute.

The home side brought on dropped England striker Jamie Vardy at halftime and threw everything at the West Ham goal, but after Harry Maguire`s header cannoned back off the bar in the 66th minute, it looked as though the visitors might hang on.

But Leicester finally drew level a minute from time, when Ndidi picked up the ball 25 yards from goal and his shot deflected off Balbuena and into the back of the net.

Everyone at West Ham wishes a swift recovery to @DanAmartey, after he suffered what looked like a nasty injury. All the best, Dan.

The home side`s joy was dampened, though, by an injury to Daniel Amartey, who was carried off on a stretcher and needed an oxygen mask as he left the field.