Liverpool, who have 19 wins from 25 games they have played so far, will next lock horns against Bournemouth at Anfield on February 9. 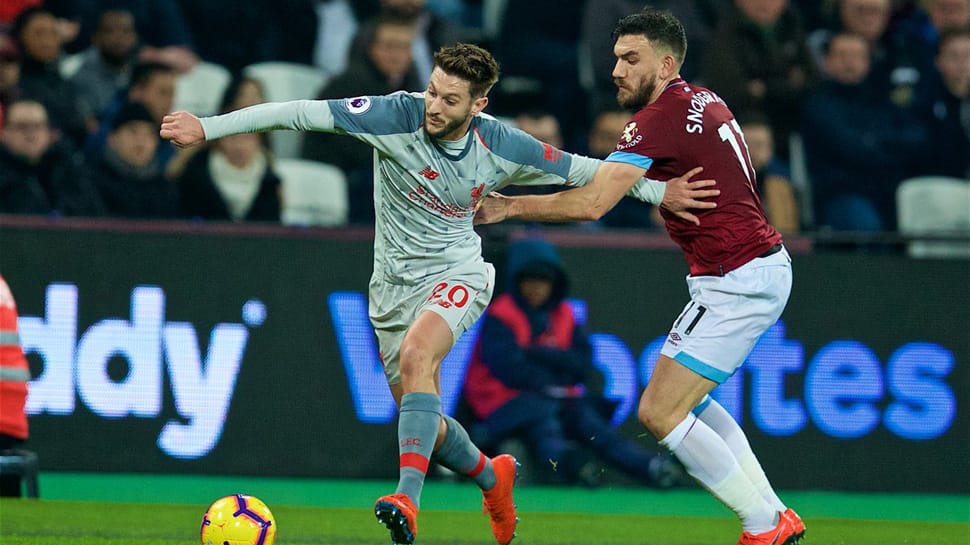 Leaders Liverpool faltered in the Premier League title race for the second time in six days as they were held to a 1-1 draw at West Ham United on Tuesday.

After being held at home by Leicester City last Wednesday, then seeing closest rivals Manchester City and Tottenham Hotspur close the gap at the weekend, Jurgen Klopp’s side needed to send out a statement of intent.

But they failed to build on Sadio Mane’s rather fortuitous goal after 22 minutes and West Ham, who equalised six minutes later through Michail Antonio, deserved at least a point.

Substitute Divock Origi wasted a chance in stoppage time for the visitors but it would have been harsh on West Ham who snapped a run of four consecutive league defeats by Liverpool in which they conceded four goals in each.

"It was a tough game," Klopp said. "Apparently our goal was offside and maybe the referee knew that in the second half. It’s a point and a fair point."

Had West Ham taken their chances against a jittery Liverpool side it could have been worse for the visitors who can be knocked off the top on goal difference if Manchester City beat Everton in a re-arranged fixture on Wednesday.

Liverpool looked unusually hesitant in defence and Javier Hernandez and Aaron Cresswell both went close for the Hammers before Liverpool took the lead.

Their fans were celebrating though when James Milner, who looked clearly offside, received the ball on the right and crossed low for Mane who took a touch before swiveling and firing past Lukasz Fabianski.

The lead lasted only six minutes though as Liverpool switched off at a free kick and Naby Keita failed to track the run of Antonio who fired inside Alisson’s far post.

Liverpool had a huge let-off minutes before the break when Felipe Anderson`s free-kick found youngster Declan Rice completely unmarked but he headed wide of a gaping goal.

Mohamed Salah had three-goal attempts in quick succession after the break but West Ham skipper Mark Noble should have put his side ahead when he shot over from a central position.

Origi could have given Liverpool a crucial win but fired straight at Fabianski.

West Ham manager Manuel Pellegrini, who did a big favour to his former club Manchester City, said that his side had been let down by the match officials.

"We had a lot of chances to win this game. We drew because they scored a clearly offside goal. Playing against a team who have scored so many goals with the best defence in the league, I’m happy with the performance but disappointed with the result," he said.

Liverpool, who have 19 wins from 25 games they have played so far, will next lock horns against Bournemouth at Anfield on February 9.